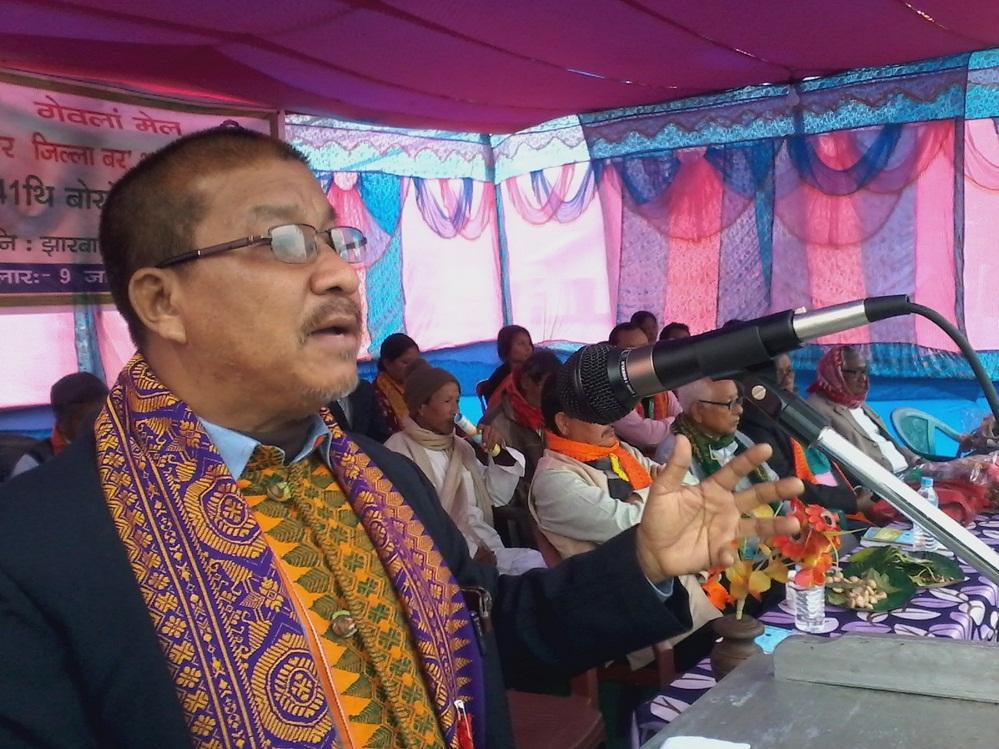 The Bodo Sahitya Sabha (BSS) slammed  the Chief  Minister Tarun Gogoi led Congress government at Dispur for not initiating any step to solve problem and issues of Bodo medium related demands raised from sabha during its third consecutive term in the government.

Kamala  Kanta Mushahary, general secretary  of the sabha, while attending as chief guest to address the open session of the 41st annual convention of the Kokrajhar district of the sabha today said that the Congress government in the state has been showing step motherly attitude to the Bodo medium education  that is why Bodo medium issue and problems are still remained far from getting gained and welfare in its status.The sabha has been placed demand and issues to the government since 2001 year demanding solutions of various problems and issues which included creation of separate directorate for Bodo medium,appointment of teachers in Bodo medium schools, provincialisation of Bodo medium schools,yet no any ways to solve the demand and issues have been observed so far, Mushahary said.

'The state government has been tactically delayed to solve the demand and issues of the Bodo medium for negligence attitudes', Mushahary alleged.

Bihu Songs: lifeline of an Assamese by heart

9 Apr 2010 - 2:05pm | bishwajeetsinha
The Bihu songs are true reflection of love, passion and zeal of life in totality of a common Assamese person on day to day basis. Its importance can easily be felt by us on how these songs are...

5 Jul 2007 - 7:34am | editor
Guwahati: The junior inter district football championship for the Santosh Lahkar Trophy will be organised at Kaliabor from July 15. 31 district teams are participating in the 14-day knock out meet....