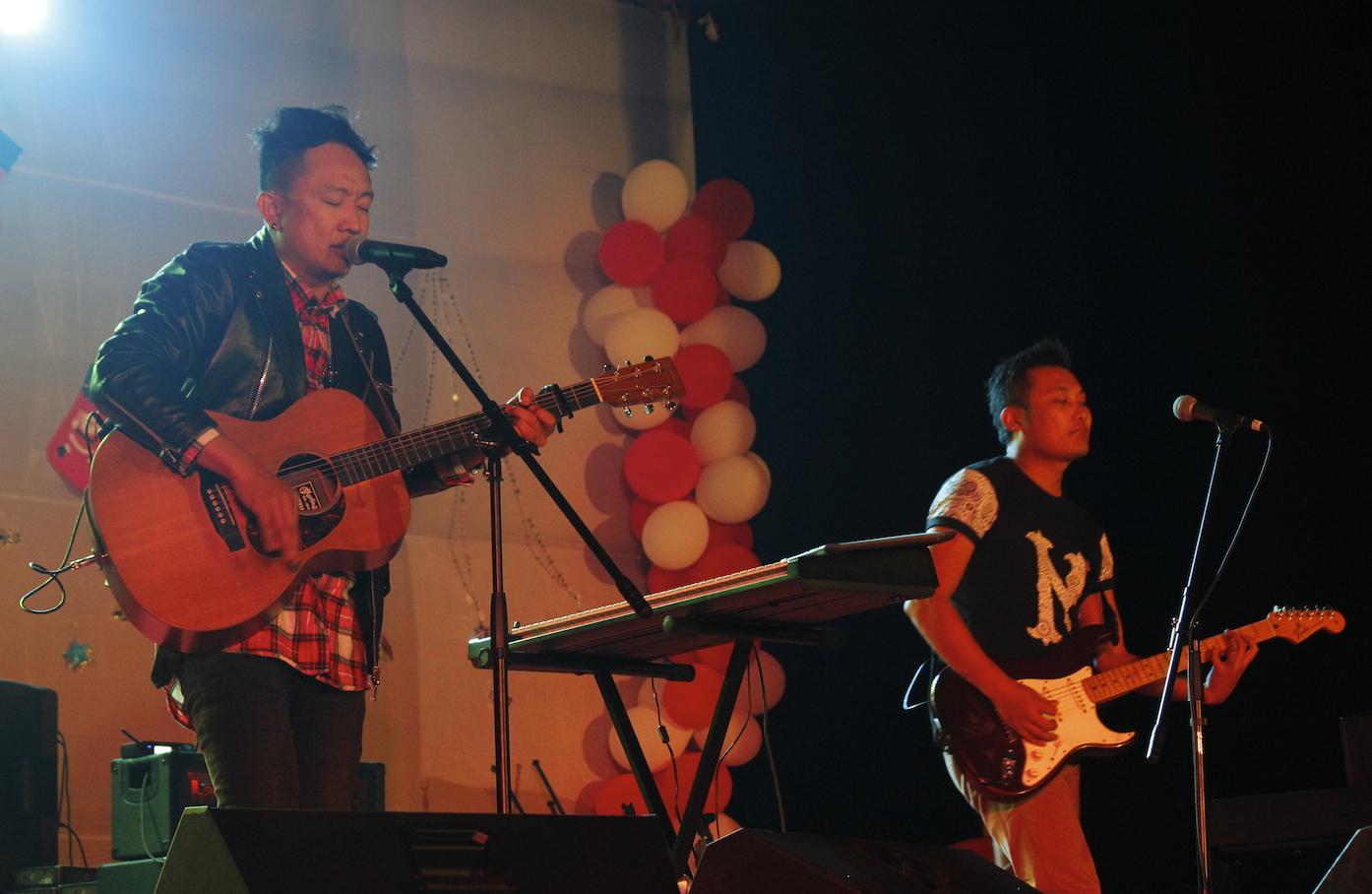 The tone for Christmas was set on a high note with the festival titled – Mistletoe jingle in the hills, which was held yesterday at Dikki Bandi Stadium here. This was one of-its-kind Christmas festival, which brought together choir groups from different denominations under a single platform.

Renowned Nagaland based band – Alobo Naga and the band and Shillong’s Aroha choir group performed at the event, which swayed the crowd as they sang in praise for Jesus Christ.

The festival conceptualized by the department of arts and culture department and presented by district administration of West Garo Hills, was a step forward to promote Meghalaya as “Christmas destination”.

On different occasion, chief minister has categorically stated that Meghalaya should promote its exclusive culture and its unique way of celebrating Christmas.

The Dikki Bandi Stadium, which was lit up with colourful lights, stars and lamps witnessed over 4000 people, who spent about 4 hours in the winter cold enjoying the soulful Christmas carols and the rock n roll performance by Alobo Naga and the band.

Alobo performed for nearly 40 minutes and completely engaged the crowds.

“This is our second time to Garo hills. Never felt like we are away from home when we come here. We love the place and the people”, said Alobo, who has performed over 147 shows this year.

The celebration began with a short prayer service led by Rev Stafford K. Sangma. In his sermon, he exhorted the crowd to celebrate Christmas in its true spirit.

18 Feb 2012 - 2:58am | editor
The Kamrup Chief Judicial magistrate on Friday remanded Anuj Basumatary, Gurdev Singh, Rajendra Pratap Singh to police custody for fourteen days a day after they were arrested for kidnapping two...

21 Jul 2015 - 2:11pm | AT News
Amid raging controversy of the Victoria suicide case, police arrested a person in Guwahati accusing him of abetting the Meghalaya woman to commit suicide early this month.Identified as Manbha Kumar...