Assam Chief Minister Tarun Gogoi has been camping in New Delhi to take out yet another protest at the Sansad Bhawan premises against the NDA government.

AICC sources told Assam Times in New Delhi that Gogoi will this be joined by none other than Sonia Gandhi, Rahul Gandhi on December 20 against the anti-people policies of the NDA government.

Gogoi struck nationwide attention on Tuesday when he led a dharna in front of Parliament alleging sheer injustice to Assam by the Narendra Modi government. 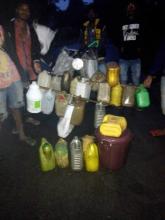 10 Mar 2012 - 3:28am | editor
Militancy in North East seems to have stymied the prospect of a comfortable bilateral trade between India and Burma Dr Tint Swe from chairman BCD said that both the countries have potentials to boost... 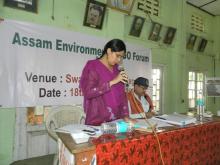 21 Nov 2012 - 12:12am | Jayanta Kumar Das
In order to strengthen the environmental movement in Assam, 25 Assam based environmental NGOs met over a day-long programme at Lakshmiram Barua Sadan on October 20 and decided to form an...