Protest in Delhi on Friday

The Citizenship Ammendment Bill 2019 has caused massive protests in Assam and the rest of the North East.

Student leaders from Assam will protest near Parliament on Friday, to peacefully request His excellency the  President of India to not give his assent to this draconian Bill, thus bringing peace in Assam and the rest of North East.

We will also demand immediate withdrawal of the internet ban in Assam.

10 Jul 2007 - 3:24am | Rituparna Goswami Pande
In an age when we are trumpetting the cause of woman emancipation, holding forth the cause of the girl child, talking about eqality of gender, the ugly blot of dowry deaths annihilate all the tall... 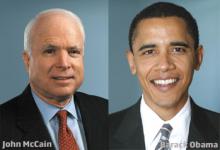 15 May 2013 - 7:44pm | Nava Thakuria
Eminent sculptor and Visva-Bharati professor  Janak Jhankar Narzary  will attend an interactive session with the media persons at Guwahati Press Club on Saturday (May 18). The...