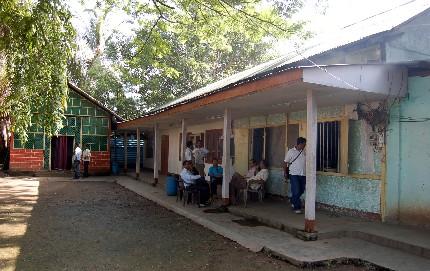 Corruption in journalism often makes news in Indian media. The creator of news also emerges as a matter of reporting in many parts of the country. The alienated Northeast too never ignored the trend. In fact, soon after the arrest of an Assamese scribe for his involvement in a bribery case with a seasoned politician, the issue comes to the center stage of Assam media.

While it was appalling news for the people of Assam, as one of its active state ministers was arrested by the Central Bureau of Investigation (CBI) officials few weeks back in New Delhi with the charges of offering bribe to an officer (to get rid of a murder case), more shocking news waited for the media persons. The investigation agency also picked up the scribe accusing himto get involved in the episode. The arrest of Mukul Pathak, who was associated with an Assamese daily along with the then Education minister Ripun Bora (third prey was a Delhi-based businessman, Ramesh Maheswari), made huge media headlines for many days in Assam.

The immediate reaction of the people in general and media persons in particular was that Mukul got nothing but his dues. Meanwhile wild allegations were poured against the young scribe that he managed hundred thousand bucks with his unethical understanding and activities with the minister. Few journalists came out with more serious versions that Mukul destroyed the image of Assam media to the greatest extent. Those journalists even tried to create an atmosphere that after Mukul's arrest, everything became so crystal clear and the Assam media emerged as a place for holy cows only.

So there were hot debates and discussions about the punishments that could be pronounced to Mukul, who was then serving the term for judicial custody at Tihar jail. If the CBI can arrest him for his involvement in episode of bribing one of its officers with Rs 10,00,000 in cash by the minister, why not the journalists' body could condemn and expel him from the community-many journalists raised voices. There was however little voice in support of Mukul to explain his point of views. It was a general understanding that if Mukul was arrested by the CBI (which can never do wrong!), he must have been a criminal. And hence there were no point discussing his version of self defense and even not to wait for the final verdict of the court regarding the episode.

But a journalists' meeting at Guwahati Press Club on June 22 changed the face of anger against Mukul. Organized by the Journalists' Action Committee, Assam and the representative of National Federation of Newspaper Employees, the meeting insisted on providing space for Mukul to clarify his stand at the earliest. Presided over by a journalist Keshab Kalita, the meeting also decided to send a delegation of journalists to New Delhi to meet Mukul and pick up his explanation on the incident. The delegation was supposed to meet the concerned CBI officials as well.

Various speakers in the meeting were unanimous in asserting that Mukul could never be 'the only and the last tainted reporter', working in Assam for various media. It was observed that a section of journalists tried to establish it with their comments soon after the incident. Hence they urged the editors to keep a vigil on the working journalists of the respective media houses.

In another resolution, the meeting demanded the minimum salary and other economic facilities to the working journalists of Assam. Speakers including Prakash Mahanta (a senior journalist and the secretary of Journalists Action Committee, Assam), Sabita Lahkar (editor of an Assamese monthly, Ajori), Mukul Kalita and Naresh Kalita (both are Guwahati based senior journalists) expressed resentment at the disappointing condition of the working journalists of the state, where over 60% of them were compelled to work without a proper appointment letter, salary structure, leave and other relevant facilities, which are recommended by various laws including the Indian Labour Act. The meeting was also addressed by Pankaj Dutta, Neetumoni Saikia, Samir Sandilya, Nayanjyoti Bhuyan (all are reporters associated with vernacular media) etc.

"This is very unfortunate that media persons in Assam have to work with a salary starting with even Rs. 2000 with absolutely no job security. Many times, the journalists (including the editors) are used by the proprietors of media groups for their business (other than media) interest. So in such a chaotic situation, we can hardly expect a fair journalism in the state," commented a Guwahati based senior citizen, Dimbeswar Talukder. He however added that it was not only the local and less paid scribes, who were engaged with some corrupt means, but a section of established journalists (belonged to news agencies and metro dailies) with adequate financial security too continued indulging with such kind of activities.

His comment was supported by a city based scribe, Haren Kalita, arguing that there were many journalists, who pursued unethical means for personal benefits, of course, in a different way. "Why are you making so much noise against the poor reporter (Mukul Pathak)? Do not you know that many so-called senior and responsible journalists were equally involved in corrupt practices? I know that they do it in a more polished manner. So nobody find it worth bothering," he commented.

Devashish Bhattacharjee, another city based reporter raised a vital point, "Take an example. We have a number journalist cum documentary film makers (employed with professional media houses) in the city, who works for the Prasar Bharati (Broadcasting Corporation of India). There may be nothing wrong to produce documentaries for Doordarshan, but when one does it on some government departments, it might turn sour. Suppose, one proposes for productions related to the state forest department and take all possible advantages (conveyance to lodging in forest guest houses) from the department while on shooting, is not it a wring way? Because the producers had already received (or will receive) the money against all relevant expenditures from Prasar Bharati, then why he should go begging the unethical support from the department? Will he be able to raise voice (to file news) against the department in future in a credible way?"

Bhattacharjee wrapped up with a final say, "Was not exactly it a cause, why many journalists in Assam ignored the public resentment against the state forest department during the last few months for its failure to protect the endangered one horn rhinos in various national preserves? One can go for record that those journalists remained silent while the conscious people of the state came to the streets condemning the state forest minister for his negligence in duties, but they were too quick to report when the minister or the forest officials made some statements (though many times those were proved useless). Is not it a matter of corruption in different shape and sizes?

Permalink Submitted by Pallavi Barua on Wed, 25/06/2008 - 16:30
Is Devashish Bhattacharjee talking of Mrinal Kumar Talukdar who works with UNI ? Indeed, the plight of the Rhino has never been focussed.

Permalink Submitted by Nanda Kirati Dewan on Thu, 26/06/2008 - 19:23
Indeed a matter of Concern...... Assamese media industry will take another 10yrs minimum to make a secured establishment for its employees of all grades. Anyways, Let us join hands together to build a corruption Free Independent Media in Assam and let this be the last episode.

Permalink Submitted by Devashish Bhatt... on Fri, 27/06/2008 - 00:23
may be Pallavi, you guess. Mrinal works for UNI, makes time to produce documentary for Prasar Bharati. Guwahati UNI was silent on public resentment against forest department.

Permalink Submitted by raktim baruah on Sat, 28/06/2008 - 23:50
Nava-da, your article clearly visualises the derogatory situation of Assamese media. It is unquestionable that Assamese media become ally of hegemonic political-leaders.thereby the hopes and aspirations of Assamese people began evaporating.thanks.

Give us vote, we will give you smartphone

12 Feb 2018 - 6:32pm | AT News
AGARTALA: A BJP poll promise triggers no less controversy in Tripura giving much ammunition for the ruling Left Front to attack the saffron party amid the electioneering heat and dust. If BJP is...