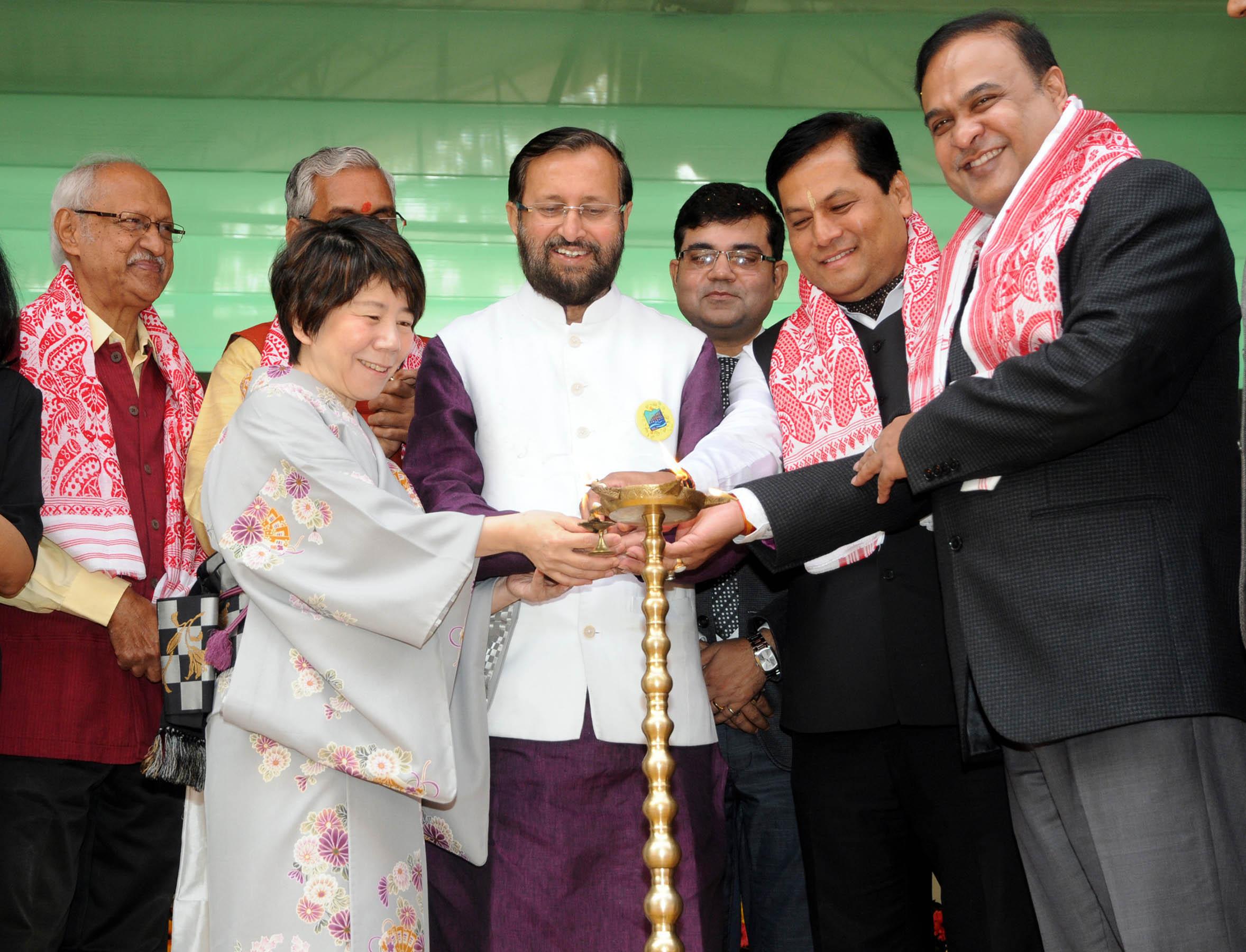 Creative writers, journalists, filmmakers, vivid appreciators, enthusiast observers from various parts of the globe now gather at Brahmaputra Literary Festival in the far eastern part of India. First of its kinds in the alienated region of the country, the festival witnessed the gala opening on Saturday precluding all serious panel discussions on literature and related other creative activities.

With this three-day fiesta, jointly organised by the National Book Trust India (under HRD ministry) and Publication Board Assam (under Assam’s education ministry), the city has emerged as an important venue of literary festivals in the country. With brain storming panel discussions, book releases & readings, cultural events including screenings of films based on literary pieces etc, the festival is expected to enrich the literary prospect of the region to many extend. Inaugurating the festival, the Union human resources development minister Prakash Javadekar appealed to the litterateur and authors to contribute for the mission to build a culturally sound society through their literary pieces reflecting the truth. Once a journalist, Javadekar also assured the government's support in ensuring the freedom of thought & expressions.

27 Jul 2013 - 11:39pm | AT News
he definition of crime has expanded to various fields like child-trafficking and cyber crime, the police force needed to be trained to handle such cases, said Chief Minister Tarun Gogoi.Talking to...