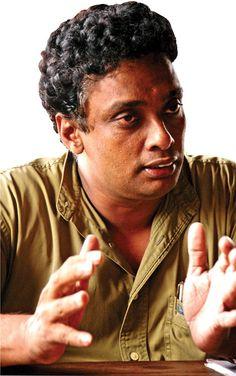 Eminent Sri Lankan filmmaker Prasanna Vithanage will attend the ‘Guest of the Month’ program of Guwahati Press Club on Tuesday (11 April 2017). The interactive session will start at 11 am and continue till 12.30 pm.

Born at Panadura, an outskirt locality of Colombo in 1962, Vithanage emerged as an acclaimed visual translator of inner conflicts carried by ordinary people along with their journey for individual freedom.

He has received international acclaim for ‘Sisila Gini Gani’ (Ice of Fire), ‘Anantha Rathriya’ (The Dark Night of Soul), ‘Akasa Kusum’ (Flowers of the Sky), ‘Pura Handa Kaluwara’ (The Death on a Full Moon Day), ‘Ira Madiyama’ (August Sun), ‘Oba Nathuwa Oba Ekka’ (With You, Without You), ‘Usawiya Nihandai’ (Silence in the Courts) etc.

30 Jul 2012 - 4:19pm | Daya Nath Singh
The Archaeological Survey of India as a part of its 150th anniversary celebrations organized a two days regional conference on archaeology of North Eastern India recently in Guwahati. Scholars from...