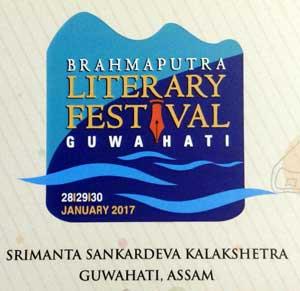 A colourful literary carnival will lead the three day Brahmaputra Literary Festival in Guwahati of northeast India starting on 28 January. The vibrant carnival will proceed from the Khanapara locality of the prehistoric city towards the venue of the festival at Srimanta Sankardev Kalakshetra cultural complex. Union human resources development minister Prakash Javadekar, Assam’s education minister Himanta Biswa Sarma are scheduled to flag off the carnival.

In fact, after years of conflicts Assam is ready to welcome hundreds of writers from various parts of the world for the literary congregation. The festival, first of its kind in NE, attracts over 150 authors from India and abroad.

Jointly organized by the National Book Trust of India and Assam government, the festival will be inaugurated by Union minister Javadekar in presence of the State chief minister Sarbananda Sonowal, State education minister Sarma, NBT director Rita Choudhury along with many distinguished personalities.

“The three-day literary extravaganza is expected to expose the local and budding writers to internationally famed authors. Moreover the visiting writers will also get the literary flavor of our region in the festival,” said NBT director Choudhury, who herself is an acclaimed Assamese author.

21 May 2015 - 11:29pm | AT News
In a move that could help BJP woo voters, the Centre announces a huge fund to revive the Namrup fertilizer unit. The union cabinet which met on Thursday presided over by prime minister Narendra...

1 Apr 2012 - 4:47pm | editor
Security forces intercepted a huge quantity of ganja and in Karimganj and Dhubri districts of Assam bordering Bangladesh. BSF seized over 90 kg of ganja valued at over Rs five lakh from a boat...