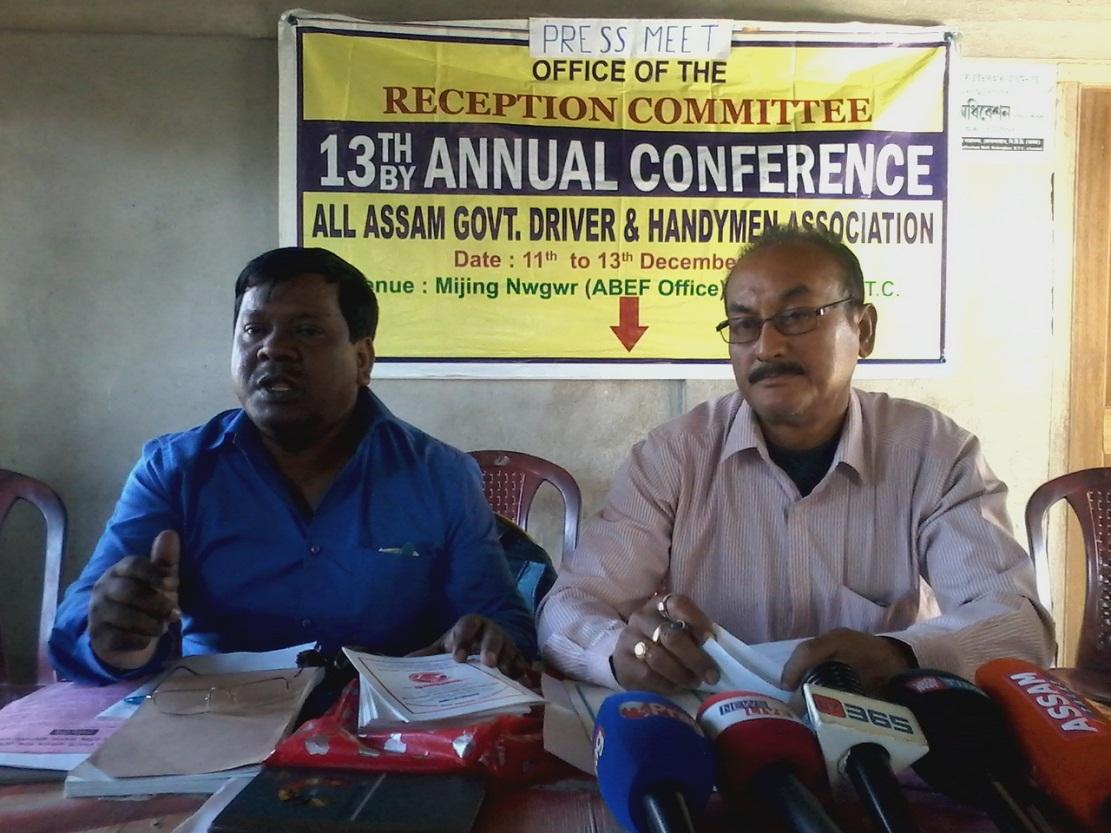 The All Assam Govt Driver & Handiman Association has decided to hold it's 13th biennial conference with three-days-long programne scheduled from December 11 here at Science College auditorium in Kokrajhar.

Kiran Buragohain, president and Lamar ultimately Islam Borbhuyan, general secretary of the association told the newsmen on Friday that the association has been organizing the conference with long programme scheduled where over  500 delegates from various states of the country are participating. He said that the association would discuss about the issue and problems of the govt driver and handiman that are facing several hardships during their performance. They have alleged that govt has not been stepped to implement the demand and issues that raised by the association.

They demanded proper facilities, hike of salaries as per govt norms and make suitable arrangements to the govt driver and handiman of the state.

BTC chief Hagrama Mohilary will grace as chief guest on the open session of the conference on December 13 next.

21 May 2009 - 2:12pm | editor
Caught in a simmering political temperature, the poll battered AGP president Chandra Mohan Patowary, his working president Phani Bhushan Cahudhuiry along with a few others have offered to resign on...