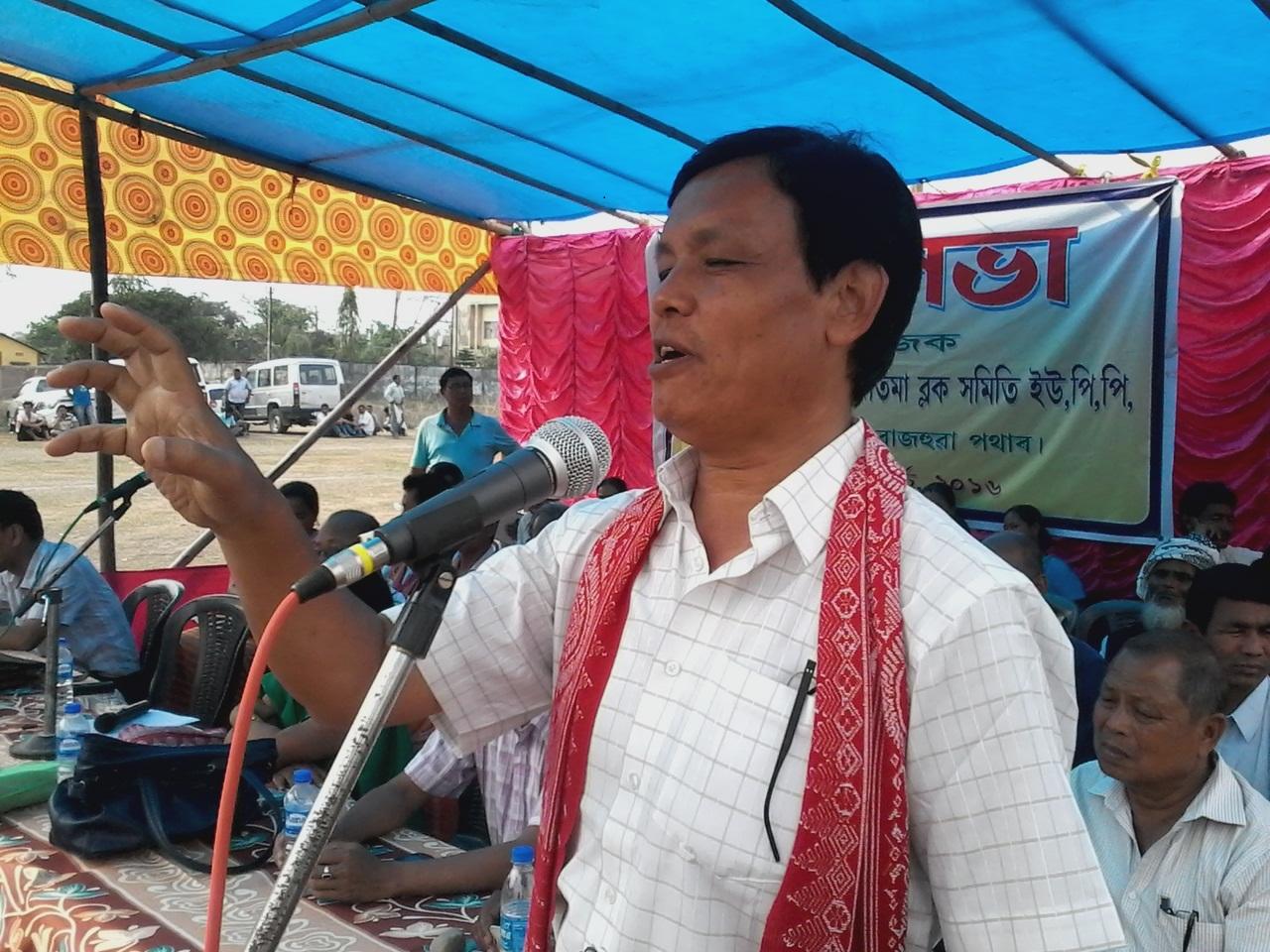 Brahma, while campaigning for party candidate contesting from Kokrajhar east LAC Pratibha Brahma at Serfanguri on Thursday said that his party is contesting in the assembly election in alliance with Congress party where party is winning in 7-8 seats. He said that common publics in all LACs in BTAD region want good governance and social uplift, which is why in today’s people mandate UPP, is the alternative party among voters.

He has alleged that NPF party, who had been reigned the council since over decades has failed to meet peoples’ aspiration and expectation. Common masses in the area were deprived from their right and priorities due to insincerity from the administration, Brahma said.

He said that his party was working to the issues of common publics since in its inception and would be continued to dedicate peoples’ welfare so that region could be gained equal integration among all sections of communities.

‘This time UPP and Congress alliance is winning in large number seats across the state and government formation at Dispur is sure, Brahma said adding that ruling BPF party would be face of defeated in large number contestant seats in the election.

UPP candidate for Kokrajhar east Prathibha Brahma while talking exclusively told that she is getting good response from irrespective of communities in the constituency. She has alleged that sitting MLA Pramila Rani Brahma,who has been electing for five times from  this Kokrajhar east LAC, but yet voters are deprived fro  their right and facilities. She assured of good governance, corruption free society and women empowerment among society  if she voted to power in the constituency.

29 Aug 2015 - 9:48pm | AT News
A minor boy met watery grave at a steam in Guwahati on Saturday. The tragic incident took place near Khanapara when the eight year old boy was swimming along with his friends near the Trinayan Path....