The wait for compensation for 2008 Assam serial blast victims does not seem to an end. The State and Central governments have failed to fulfill their promises of compensation even after seven years of the blasts, victims expressed their resentment on the shocked day of serial blasts day today.

At least 100 were killed and 200 injured in the serial blasts including 20 lives in Kokrajhar that rocked Assam on October 30, 2008.

Both the governments had separately announced ex-gratia for the victims immediately after the bomb blasts,but governments had done little nothing to the promises so far.

In Kokrajhar town, 20 persons lost lives and injured over 60 in three blasts October 30 in the main town itself.The first bomb blast was occurred at Kokrajhar main vegetable market at around 10.45 am which was planted on a bi-cycle, the second blast took place at Vivekananda Path near railway crossing gate which planted under drainage footpath and last blast happened at fish market which was planted inside drain which ripped twenty peoples’ life and injured around 60 in Kokrajhar itself.

In an exclusive interview on the seven years’ completion of October 30 serial blast today,  Sampa Dey daughter of late Narayan Dey, who lost her father at fish market blast in Kokrajhar said, ''Though the govt had declared total Rs 8 lakh as compensation, we have received only six lakh. It has already crossed seven years, yet promises from government has not been implemented so far’’, she allegged.

“We are struggling to survive with my younger brother and mother. I don’t want others to face the same fate. I want peace. I want my family to live in a peaceful in BTC region as well as Assam,” said Dey.

She holding back her tears expressed her shock, “Our life has changed completely since we lost father because her father was only earner, and life has to move on,” Dey said.  The government at that time had announced a job to the kin of victims but our family has failed to get any government job,Dey added. 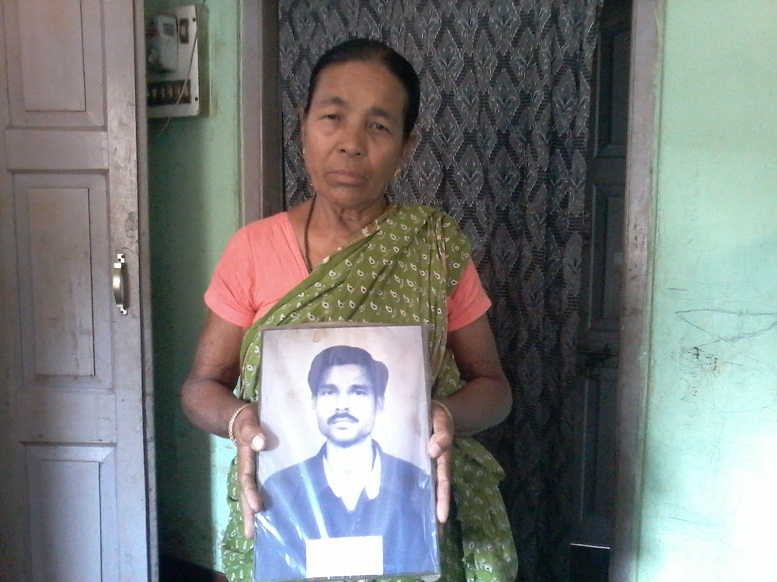 Kalpana Das, mother of late Ajay Das, who lost his elder son at vegetable main market blast on October 30 serial blast said, ‘When October 30 comes in its existence, I can’t express my feelings; it was supreme lost in my life, who was the main source of income in our family’.

Das recalling his son Ajay said today my family lost great dedicated earner in the serial blast of October 30 in Kokrajhar main market. She said as per the central govt assured to provide financial assistance to the victims, but till today we were not receiving full amount of rupees 8 lakhs in our family to sustaining suitable spirit.

Normalcy back in B’lore: K’taka CM

19 Aug 2012 - 3:13am | editor
Karnataka chief minister Jagadish Shettar claimed on Saturday that normalcy is back to Bangalore. He expressed confidence that the north east people would soon be back in the city. He said that some...

18 Aug 2015 - 10:04pm | Prasanta Baruah
Come Friday and New Delhi is all prepared to host the north east film festival where the region's art and culture will be shining in the capital city. Union minister of state for information and...