Arunachal Pradesh governor JP Rajkhowa has congratulated weightlifter Sri Jimjang Deru for his extraordinary performance in the Commonwealth Weightlifting Championship at Pune, by clinching four Gold medals in both Junior and Sub-Junior sections.

Felicitating Deru on behalf of people of Arunachal Pradesh and his own behalf, the Governor said that his outstanding achievement in creating four Commonwealth records has not only made every Arunachalee proud but also the entire people of India.  He wished him similar spectacular success in future international competitions also.

Chief Minister Nabam Tuki also congratulated the weightlifter. Deru, a weightlifter of repute from the state, won four Gold medals on the first day of the championship in both Sub-Junior and Junior categories besides winning a silver in the senior category.

27 Apr 2013 - 7:40am | Anup Biswas
The members of youth congress and senior congress member  of Dima Hasao district congress expressed strong resentment over the interference of minister in distribution of party tickets and the... 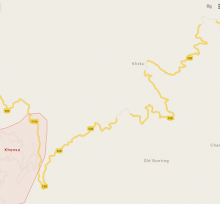 7 Jun 2015 - 2:08pm | AT News
Terror tentacle spreading in the north eastern region when suspected NSCN(K) backed by other insurgent outfits of the region unleashed a reign of terror by tagetting security forces in Arunachal...