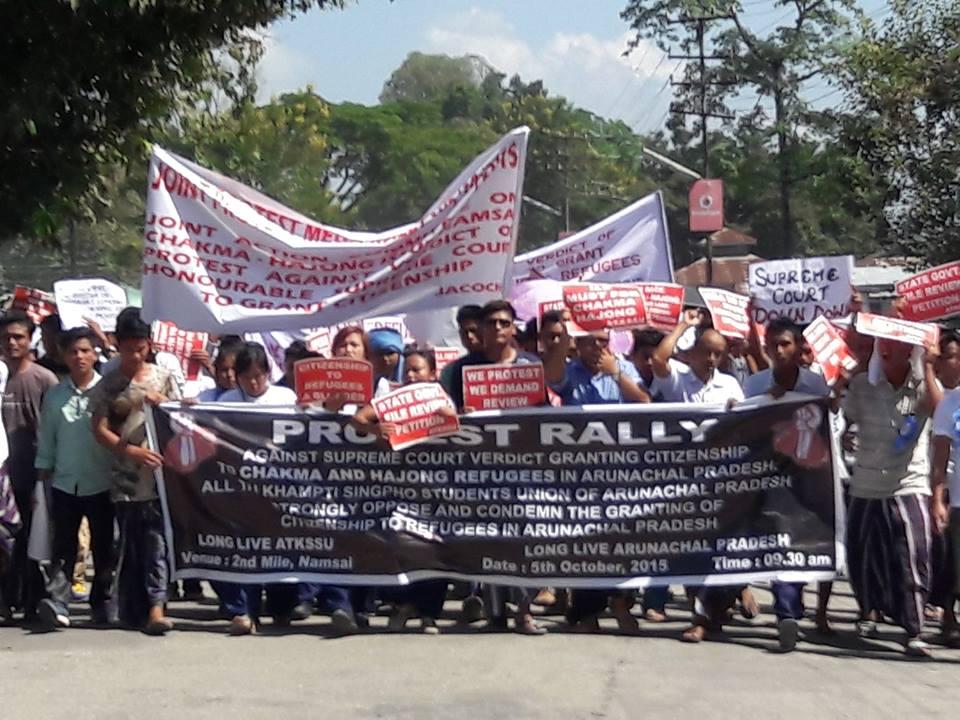 ‘We the indigenous people will ultimately become victims, so we never accept the verdict of Supreme Court. SC has conferred its verdict without analyzing the ground reality, said General Secretary ATKSSU Khamoon Manpoong.

The rally with thousands of participants begins from IInd Mile and culminated at DC office Namsai.

4 Mar 2011 - 2:00am | Anup Biswas
Police recovered China made grenade from the official residence of Sri Mayanan Kemprai, Executive Member, Dima Hasao Autonomous Council, this morning. This grenade was kept in front of the...

23 Aug 2014 - 10:57pm | AT News
The flood situation in Dhemaji district has gone from bad to worse on Saturday following the breach of an embankment on the river Jiadhol at Tekjuri. The Brahmaputra and all its tributaries in...