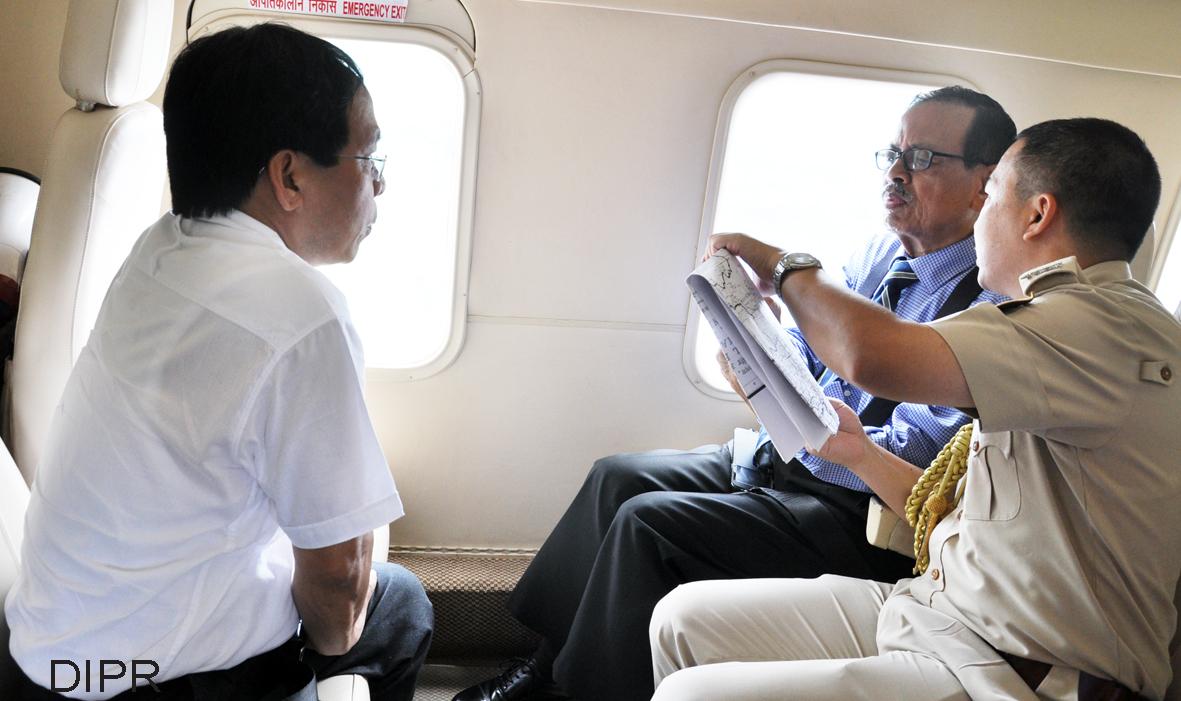 The governor visited the flooded areas in Kimin, Likabali, Jipu, low land areas of Koyu, Korang, Takilalung, Pasighat, Mebo, Anpum, Dambuk, Roing, Tezu, Chowkham, Namsai and some places in Changlang District.
Rajkhiwa said that there has been major improvement in the situation and commended the efforts of the state government.

He further advised that concerted efforts must be made by the state government to mitigate the perennial challenges of flood in eight districts of the State, namely East Kameng, Papum Pare, West Siang, East Siang, Lower Dibang Valley, Lohit, Namsai and Changlang.
At Pasighat, MP Ninong Ering, Deputy Commissioner Isha Khosla briefed the governor during the brief stopover.

7 Mar 2011 - 11:23pm | AT News
A full bench if the Election Commission is in Guwahati on a 2 day visit to Assam. led by Chief Election Commissioner, S.Y. Quraishi, the delegation met the political leaders and poll officialos to...

12 Jul 2015 - 1:15pm | AT News
Dispur is preparing a set of papers to counter Arunachal Pradesh in the court of law over the 26 year old inter state border dispute.Sources told Assam Times that the Assam government is fully...

16 Jul 2010 - 5:51pm | editor
The bid to buy peace with ULFA seems to have gone one step further when the Center has formally appointed PC Halder as Govt interlocutor for holding talks with ULFA. The appointment of the former...