The East Siang District Level Steering Committee met on Monday in Pasighat and reviewed the land acquisition for Comprehensive Scheme for Strengthening Transmission and Distribution(T&D) System in Arunachal Pradesh.

Presided over by DC Isha Khosla, the meeting took stock of the status of the scheme. Kkhosla instructed the officers of power department to carry out work with proper planning to avoid future complicacies.

Executive Engineer Nido Taka apprised the DC that there were two sub-stations of 132/33 KV proposed under East Siang District, one at Niglok and another at Napit. The location at Niglok has been technically approved and power department has applied to the Industry department for formal allotment of the earmarked area which falls under Industrial Estate and the matter is under consideration.

7 Apr 2014 - 5:37pm | AT News
Over 80 per cent voters turned up in the first phase of Lok Sabha polls in Dibrugarh constituency which came to an end on at 5 in the evening on Monday.The fate of 6 candidates are sealed in the...

18 Feb 2018 - 7:14am | AT News
PRASENJIT SAHA AGARTALA: Amid a mammoth security arrangement voting is underway in Tripura to elect 59 legislators in the 60 member assembly across the north eastern state on Sunday. Altogether 25,... 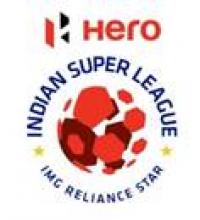 Bollywood stars to perform at ISL opening on Oct 1

29 Sep 2016 - 12:05am | AT News
Bollywood stars Alia Bhatt, Jacqueline Fernandes and Varun Dhawan to perform at the opening ceremony of the Hero Indian Super League 2016. Close to 500 performers and artists will take part in the...