A delegation of Parashuram Dham Seva Ashram met Arunachal Pradesh governor JP Rajkhowa at Raj Bhawan in Itanagar on Wednesday. Rajkhowa exhorted them to be part of Team Arunachal in promoting Arunachal Tourism based on religious importance. He advised them to avail benefits from important tourism related central schemes. 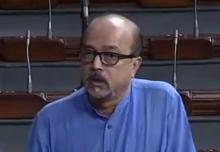 11 Jul 2016 - 1:17pm | AT News
In a major development that could put the BJP-led government in a fix, a BJP MP has demanded an enquiry into the allegations of scams during the 15 year long Congress Government.Mongoldoi MP Ramen...

4 Feb 2015 - 3:35pm | AT News
Come Friday. The state’s Water Resources Department is all set to host the Third Assam Water Conference-2015 with a focal theme of ‘Management of Water-Related Disasters – Urban and Rural. The two...