Kurmi gets power; home to Sushanta

Thowra MLA Sushanta Buragohain gets home department a week after he took oath as parliamentary secretary. Rupjyoti Kurmi was given power portfolio while his counterpart in health department is Dr Rumi Nath. Aarti Kachair gets social welfare department while kamalakha Purkayastha will look after the water resources.

The chief minister has given animal husbandry department to Sanjay Raj Subba. Manika Bora will look after the revenue department while Hemanta Talukdar will be the parliamentary secretary for agriculture.

All they took oath on Wednesday.

This is a ploy of Congress

Permalink Submitted by SANDEEP LANGTHASA on Wed, 23/09/2015 - 12:02
This is a ploy of Congress government giving portfolios before the Assembly elections. It means that Congress is giving a chance to its MLA to loot the money as much as possible before the elections so that they can cover up the bank balance as Congress is going to lose the upcoming election in Assam. 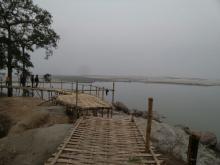 12 Jan 2016 - 8:31pm | AT News
A public rally supporting the early completion of Martyr’s Memorial at Dighalipukhuri is going to be held on January 13, 2016 (Wednesday) at the northern bank of the historic pond. Initiated by All...

7 Aug 2008 - 2:19pm | editor
Sonitpur Police have arrested four Bangladeshi people including three women to push them back to Bangladesh very soon. But an arrested Bangladeshi national has alleged that he paid Rs 15,000 to a...
Follow @Assam Times