Around two hundred school students of of Pasighat participated in the mini marathon for anti-drugs awareness campaign on Sunday. Organized by the East Siang district SSA mission with an aim to spread awareness against drug abuse, the event was formally flagged off by Kaling Dai in presence of DC Isha Khosla. DDSE cum DPO Obuk Panor, DMO Mandip Perme, DSO (Sports) Nada Apa, DTO (S&G) Onya Padung, principals, headmasters and teacher in-charge of the participating schools also attended the event.
More than two hundred students participated in the event which began from Gandhi Chowk to end at Mariyang-Ayeng tri junction.

In his message to the society, ZPC Dai hoped that the initiative would act as a force multiplier.

Khosla called drugs the enemies of ambition and hope. She said that drugs threaten the nation’s youth and leads to physical and mental disability, emotional damage, and a decline in educational achievement and productivity of young people.

DDSE Obuk Panor said that alcoholism drug addiction is a disease that creates temporary madness and insanity and destroys health and humanity.
The Deputy Commissioner gave away six bicycles, trophies, seven consolation prizes and certificates to the achievers on the occasion. 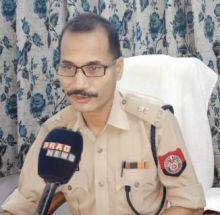 17 Jul 2017 - 3:16pm | AT News
More misery is in store for Lakimpur. The people in this flood-hit district are bracing up for yet another chapter of woes thanks to North Eastern Electric Power Corporation. The hydel power...

13 Apr 2011 - 9:34pm | editor
Bihu Expert Ranjit Gogoi and his group performing Bihu dance, on the eve of greatest festival for the Assamese People “RANGALI BIHU”.at Tetelia near Sonapur on on Apirl 13. PHOTO:...