More than 100 people have fallen ill after they consumed botched gram at a function at Aarikuchi on Tuesday in Nalbari district. Thirteen seriously ailing people have been admitted to the Nalbari Civil Hospital while some others are undergoing treatment at the make shift camp being set up in the area. Details are awaited. 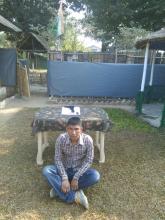 18 Jan 2018 - 10:28pm | AT News
DIMAKUCHI: Army jawans on Thursday claimed to have captured a hardcore rebel in Udalguri who has been unleashing terror in the form of extortion for the last couple of weeks. Acting on a tip off,...

No bail for absconding Gopinath

15 Sep 2015 - 8:06am | AT News
There seems to be no respite for Gopinath Das as the Gauhati High Court rejected an anticipatory bail petition for the Boko AIUDF MLA in connection with the minor domestic help case. The court,...