Tension runs high in Krishnai and Jyoti Nagar area of Goalpara distict a day after the police firing which left a person killed and 10 others injured forcing the authorities to clamp curfew till Monday. Identified as Roshan Ali, the person was killed when police open fired on an irate mob in Krishnai on Sunday evening after being attacked by a group of people.

According to information, the incident took place as police picked up some 25 people in connection with a case where two houses belonging to Rabha people were set on fire at Jyoti Nagar of Krishnai yesterday in the morning.

As these detained people were rushed to the police station, an irate mob attacked the policemen injuring a few CRPF men. The police retaliated lathicharge and later open fire at these people to disperse them leaving the woman dead on the spot and injuring 10 others.

Meanwhile, an uneasy situation was prevailing in the area following the missing of three youths of Mendi Pothar area since Saturday. The situation turned volatile after the body of a youth, identified as Suren rabha was recovered from the Krishnai river in the morning.

20 Jun 2015 - 3:42pm | AT News
The Centre has approved Rs. 1,387 crore to implement flood control measures in the state.Official sources told Assam Times that the fund was sanctioned against 41 flood control related schemes.The... 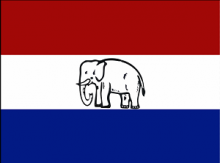