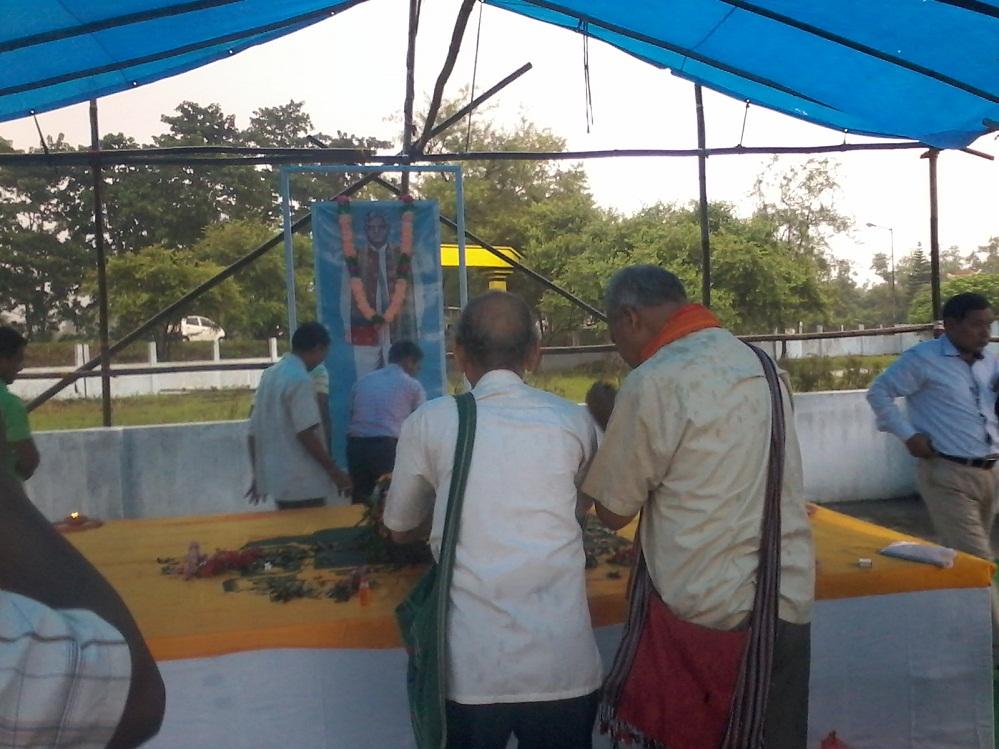 The Bodo Sabha Sabha along with various organisations recalled the contributions of former president of Bodo Sahitya Sabha “Subungthini Thandwi”- late Bineswar Brahma  towards Bodo literary on his 15th death anniversary on Wednesday at his burial place Chandamari in Kokrajhar.
Organized under the aegis of Bodo Sahitya Sabha(BSS) with Bineswar Brahma Charitable Trust, the function evoked an encouraging response.

Sahitya Sabha president Dr Kameswar Brahma  hoisted the organizational flag in the morning followed by paying homage to the tomb of Bineswar Brahma paid by elder sister of the deceased, Thuntri Brahma.

Dr Brahma called late Bineswar Brahma was an extraordinary leader of the sabha as well of Bodo community.
“Brahma dreamt to forming a strong Bodo nation in the world but his mission and vision could not successful due to untimely demise in 2000”,  Brahma said.

21 Apr 2012 - 3:58am | editor
Altogether five hardcore KPLT militants were killed and two others were arrested during a fierce gunbattle in Karbi Anglong district on Friday. The encounter took place in the wee hours at...

9 Jun 2014 - 7:17pm | Hantigiri Narzary
The Public Health Engineering Department, Kokrajhar Division-I has been organising various events on the occasion of World Environment Day from June 5 and campaign will conclude tomorrow, with the...