Yet another rape case in BTAD sends shock and anger across the state. The victim is a 19-year-old pregnant lady who was repeatedly raped by two army jawans on Tuesday.

The shocking incident took place at Kochugaon area in Gossaigaon sub division where two jawans of 10th Bihar regiment at Taisouguri Gwjwnpara village raped the woman after taking away into a nearby school.

According to the victim, a team of army jawans along with a policeman came to their home around 10 pm looking for her husband and carried out a search operation in the rooms but returned soon after carrying out the raid.

She said that around 1. 30 in the wee hours, the two accused jawans returned and asked her to open the door. She was taken to a school to be raped.

The victim has lodged a complaint before the police in Kochugaon before getting a medical check up at the Rupnath Brahma civil hospital. 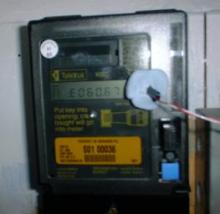