The wreckage of the Pawan Hans helicopter Tirap Deputy Commissioner Kamalesh Joshi was found at a remote area of Arunachal Pradesh where it crash landed on Tuesday.

The rescue operation made with three choppers along with a Sukhoi Jet locate the wreckage at Thinsa in the wee hours tracing a phone calls from Joshi to his wife at 2-10 in the afternoon. Senior officials arrived in the crash site and recovered the decomposed bodies in the morning.

The chopper went missing on Tuesday on its way to Khunsa from Longding. The last contact was established at 11-30 with Mohanbari airport. Initially, the search operation was concentrated at an area near Dalom where a section of local residents claimed to have heard the sound of a huge explosion in the sky.

But rescuers failed to trace it even after deployment of a Sukhoi Jet along with three other helicopters during the last six days.

Who said that decomposed

Permalink Submitted by MS on Mon, 10/08/2015 - 18:31
Who said that decomposed bodies have been found? In other news reports nothing is said about the whereabout of the three occupants.

31 Oct 2014 - 3:01pm | AT News
The recovery of a grenade spreads no less sensation in Silchar on Friday when parts of the entire Barak valley remained paralyzed under the impact of the Bajrang bandh.Security forces who were... 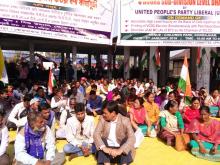 6 Dec 2012 - 9:27pm | editor
In yet another bizarre incident, an elephant is battling with death in Goalpara district of Assam during the last 35 hours. The trunk was chopped off and the tail is missing. According to the...