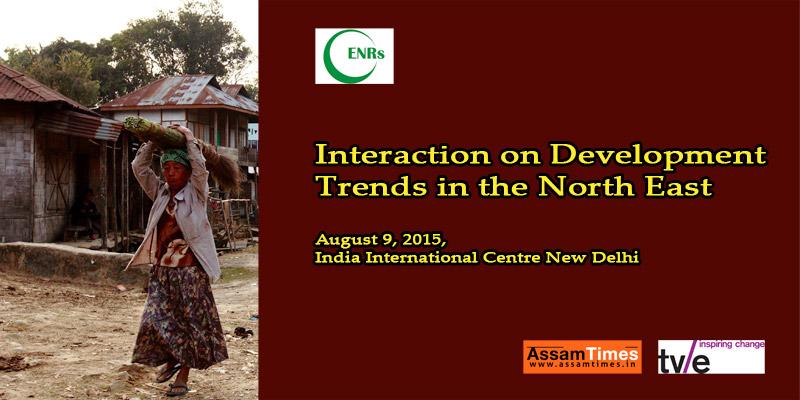 The North East region of India comprising of the state of Arunachal Pradesh, Assam, Meghalaya, Manipur, Tripura, Mizoram, Nagaland and Sikkim can be physiographically categorized as Eastern Himalayas, North East hills and the Brahmaputra and Barak Valley plains. At the confluence of the Indian-Malayan, Indo-Chinese and Indian biogeographical realms, the North East region is unique in providing a profusion of habitats, which features diverse biota with a high level of endemism. The region is also the abode of approximately 200 ethnic communities out of 450 in the country, the culture and customs of which have an important role in figuring out the key issues meant for biodiversity conservation (Sudipto Chatterjee, et al. 2006 2  Proctor, et al. 1998 3ICBP, 1992).

The North Eastern region has been under the focus for its high biodiversity and the region has been a priority for investment by leading conservation agencies of the world. The WWF has identified the entire Eastern Himalayas as a priority Global 20 Eco-region; the Conservation International up-scaled the Eastern Himalaya ‘hotspot’ to ‘Indo-Burma Hotspot’, which now includes all the eight states of Northeast India. The region is an endemic bird area, important sub-centre for the origin of cultivated crops and harbours an IUCN centre for endemism. The region’s lowlands and mountain moist to wet tropical evergreen forest are considered to be the northernmost limit of true tropical rainforests in the world2.

North East India probably supports the highest bird diversity in the orient with about 386 of the 1200 bird species known from the Indian sub-continent. The richness of the region’s avifauna largely reflects the diversity of habitats associated with a wide altitudinal range. The global distribution of 24 species is restricted to the region and the Eastern Himalayas and the Assam plains are recognized as endemic bird areas3. The mighty Brahmaputra, which flows down from the Tibetan plateau through the fertile plains of the region en route to the Bay of Bengal via Bangladesh accounts for more than one-third of the country’s total water resources.52 forest types are found in the region broadly classified as 6 major forests types viz., Tropical moist deciduous, Tropical semi evergreen, Tropical wet evergreen, Sub-tropical, Temperate and Alpine forests. Out of the nine important vegetation types of India, 6 are found in the North Eastern region. These forests harbor 8000 out of 15000 species of flowering plants.

The region, endowed with huge natural resources isthe ‘eastern gateway of India’s Look East policy’. Since this,the Northeast has been witnessing a surge of infra and power development projects. At  the same time, the sense of alienation among the locals has been growing, intensifying the air of conflict - political and socio economic. Many local organizations are worried about the lack of public debate on the developing projects – primarily, around mega dams and mineral extraction projects. In Meghalaya, the extraction of uranium, limestone and coal has been a long running problem. The huge oil and gas reserve spotted in Nagaland, Mizoram and Manipur reported to the tune of billions of rupees. This is also a major issue of contention. The people in these states fear that they will be displaced when extraction of these resources begins. The people have been demanding that their lush jungles, rivers and paddy fields be protected against oil spills and other environmental hazards. Violent protests in these states have been going on at regular intervals. These are likely to continue if oil and gas extraction are allowed without considering these demands.

These issues have been represented on earlier occasions at national and international level. The linkages of society with state and environment are complex and intricate.  But the space for in-depth reportages has been limited. That is why these often fail to reach the common mass.

In an attempt to facilitate better understanding on the issues around development trend in the north east, Coalition on Environment and Natural Resources (CENRs) is organising an interaction session in New Delhi on August 9 at India International Center, New Delhi. The key objectives are:

Sanjoy Hazarika, Joydeep Gupta, and Kishalay Bhattacharjee will be the panalists. The participants will include a host of national and international journalists, academicians to representatives of development agencies and film-makers.

Why need to protect B’deshis

13 Aug 2015 - 10:13am | AT News
Hundreds of people hit the streets in Morigaon alleging attempts to ensure safety and security of the Bangladeshi immigrants.People of all walks of life thronged the streets on Thursday morning...

1 Jan 2014 - 3:35pm | AT News
Assam government has deferred the function scheduled to be held in Guwahation Wednesday to falicitate Gunjan Sarma.  The decision was finalised after the brave girl met with a roadmishap in...