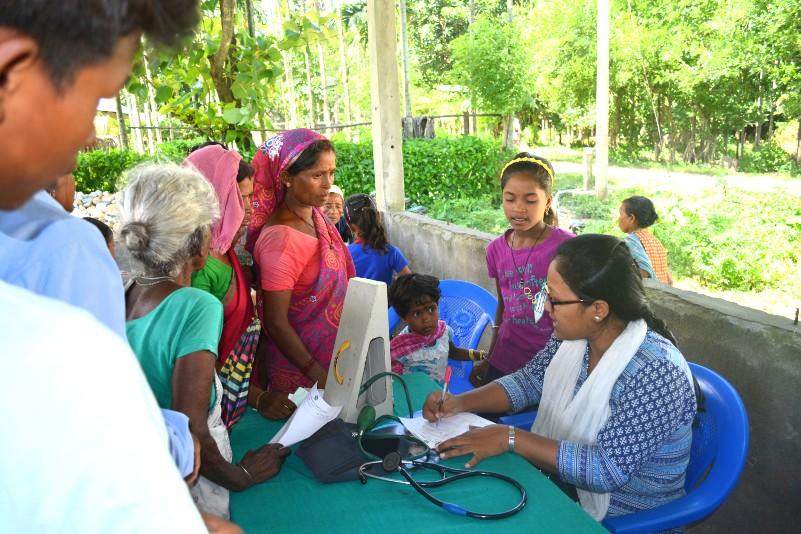 A health camp was recently organized at Bongurum on July 30 for the villagers living near India-Bhutan international border. The health camp was organised by NRHM,Udalguri in association with ' Elephants on the Line' an India-Bhutan-USA joint public programme to mitigate man-elephant conflict in villages bordering India-Bhutan international boundary. The health camp was opened at 11 am where Mobile Medical staff of NRHM Udalguri offered free medical check up,medical tests and distribution of medicines free to villagers. It needs mention that people of several villages namely- Ganeshghat,Bongurum etc had been deprieved of health care for a long time. The villagers, mostly belonging to Bodo, Nepali and Adivasi community largely attended the health camp along with children and woman to avail free health check up and medicine.

Hurdle in ST status for 6 communities

22 Dec 2014 - 8:19am | Hantigiri Narzary
The move for ST status to six communities is set to hit a major road block with a circle of tribal organization leaders deciding to oppose it tooth and nail. The Kokrajhar unit of the All Assam...

13 Dec 2008 - 5:47pm | editor
Authorities in Assam have beefed up poultry culling in several parts of the state as the killer bird flu is further dispersing in the state. A high level central government delegation is in the state...