Only two weeks are left for the Independence Day forcing the authorities to ensure round-the-clock- vigilance for thwarting the trouble mongers in the run up to the red letter day.

Acting on inputs that ULFA and NDFB-S militants are gearing up to strike, security forces are fanning in the vulnerable areas to flush out the elements who are believed to have been hiding to strike during the next couple of days.

Apart from patrolling, army, police and para military forces have started intensifying checking of all vehicles on the road.

Massive security is in sight on vitals roads, bridges, oil and gas installations apprehending terror strike before the historic day on historic day of August 15.

Maximum security is being concentrated along the Indo-Bangladesh border where BSF jawans are on alert. Moreover, combing operations are in progress along the interstate border.

The Veterinary College playground at Khanapara is being heavily guarded where chief minister Tarun Gogoi will hoist the national tricolor before taking salute of army, police, para military forces, scouts and guides in the morning. 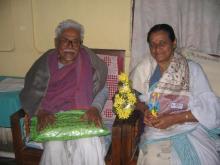 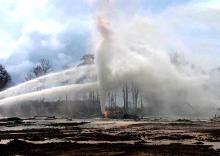 22 Jul 2020 - 4:04pm | AT News
Tinsukia:  Yet another devastating explosion has rocked the Baghjan based gas and oil well which caught fire 60 days back that ravaged over 2000 families. Wednesday's explosion took place at...