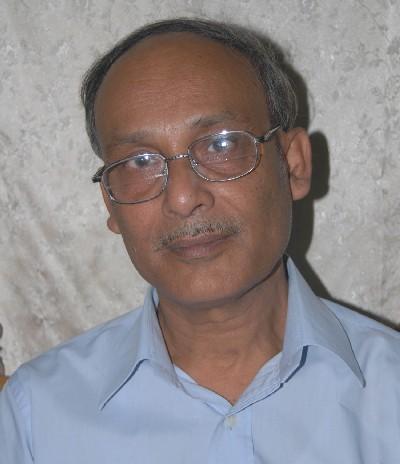 Senior Professor and former science dean of Gauhati University Akhil Kumar Medhi is set to be the new Vice Chancellor of the same varsity. The decision top this effect was taken on Monday by Chancellor and Assam Governor Lt general (Retd) Ajay Kumar Singh. The Governor has already sent a letter to Professor Medhi to this effect. According to information, administrative formalities for appointment of Professor Medhi has yet to be completed. But these are expected to take a formal shape on Tuesday. Governor who visited the varisty campus after the resignation of Dr Amarjyoti Chaudhory, promised to end the imbroglio soon saying he would not allow any disorder to continue.

Meanwhile, hours after he received the order from the Raj Bhawan, professor Medhi talked to the heads of all departments and administrative officers and hoped their cooperation. University students body Assam College Teachers Association, Assam College Principal Association Posty Graduate Students Union welcomed the new Vice Chancellor and that the appointment will end the impasse which came up following the resignation of Dr Amarjyoti Chaudhury. It may be noted that the Chancellor and Assam Governor set up a nine member panel to study the resignation of Dr Chaudhury to enable him take a final decision by May 29 and suggested Dr Chaudhury to continue the stint.

Born in 1952, Professor Medhi had his schooling in Don Bosco School and college education in Cotton College and later completed his M.Sc. in chemistry from the Indian Institute of technology in Kanpur. He spent almost seven years as a visiting fellow at the Tata Institute of Fundamental Research and thereafter joined North East Hills University before coming to Gauhati University.

1 Nov 2009 - 7:07am | editor
Altogether 7 UNLF rebels were killed in a pre-dawn encounter with security forces in Manipur on Sunday. According to information, the encounter took place between a group of heavily armed militants...

21 Oct 2015 - 11:10pm | AT News
The Guwahati policemen are launching an operation in search of a Brinks Arya driver who went missing with a huge amount of money from the city he was carrying to put in ATM booths along with three...