Bandh supporters in large numbers came out to the road in many places.

Some of them brunt tyres on the road to disrupt the movement of vehicles.

In some places, the supporters forced some shops and markets to remain close. The bandh meets partial response in BTAD areas.

2 Jul 2015 - 12:16pm | AT News
As the assembly polls are round the corner the Congress government starts wooing the voters at the cost of the public exchequer.Chief minister Tarun Gogoi distributed loans to at least 3600... 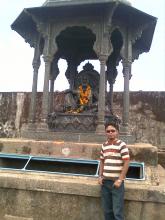 21 Jul 2009 - 1:46pm | Pranjal Saikia
It was a very boiling afternoon on Saturday 20th June 2009, the day to visit a very famous historical place about 200 km away from Pune. A very energized mind reached the point where I have to get...