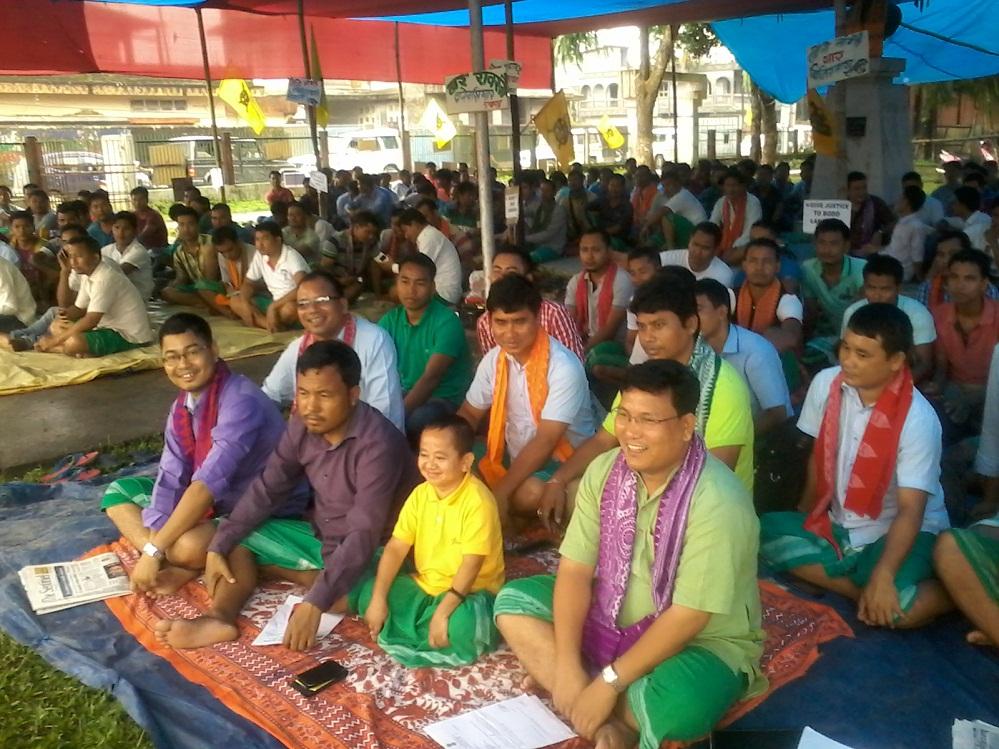 The Bodo people want NRC forms in their own language which would be comfortable for them. The demand was raised earlier. But only to be ignored.

It forced the All Bodo Students Union on stage hunger strike for hours in Kokrajhar on Friday.  Hundreds of student activists backed by common people started staging dharna at Bodofa Park in the town from 5 in the morning.

Protestors told Assam Times that Bodo is one of the 8th schedule language and that’s why, Bodo language should find place in the NRC forms.

“We are disappointed to have found that Bodo language is missing in the NRC forms. It has forced us to sit in hunger strike for 36 hours,” said the ABSU leaders.

ABSU president Promod Boro told Assam Times that the registrar general of India should look into the demand.

1 May 2014 - 3:35pm | AT News
Chief Minister Tarun Gogoi on Thursday said that he would reshuffle his council of ministers after the end of the poll process. Talking to reporters in the sidelines of a function in Guwahati,...

4 Apr 2014 - 6:24pm | Amrit Sharma
O ye young Boys & Girls ,Those who’ve come of Age,It’s time for you to decide –Who shall act on the Grand stage . You are the Majority ,The seventy-five percent of our Motherland ,Arise from...

23 Aug 2013 - 10:00pm | AT News
All of a sudden, Kamakhya turned into a security fortress. The ancient temple wore a festive look. The suspense was over when West Bengal Chief Minister Mamata Banerjee visited the temple.Banerjee...