Dispur’s new move on NRC runs into a hail of protest across the state a day after chief minister advocated the inclusion of names of electorates.

Various parties and organizations alleged that it is yet another attempt to include the names of the Bangladeshi immigrants in the updated NRC.

Chairing a meeting in Dispur on Tuesday, the Chief Minister decided to request to the Centre to include the names of the citizens who are electorate by virtue of birth.

4 Jul 2012 - 1:15am | editor
Renowned poet Hiren Bhatta remains unchanged in his health condition who is undergoing treatment at the Dispur Hospital. Doctors attending on him said that his condition is still critical and that... 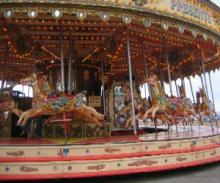 Let us make a difference

16 Nov 2007 - 11:27am | bonbon
Change is the law of nature and the second most important truth after the ultimate truth of life and Death. Every living thing on this universe adapts to change. Seasons of nature are also a part of...

17 Sep 2015 - 10:18pm | AT News
Chief Minister Tarun Gogoi on Thursday made it plain and simple that Assam won’t be allowed to an abode of Bangladeshi and Pakistani refugees a day after Union minister VK asserted that the state...