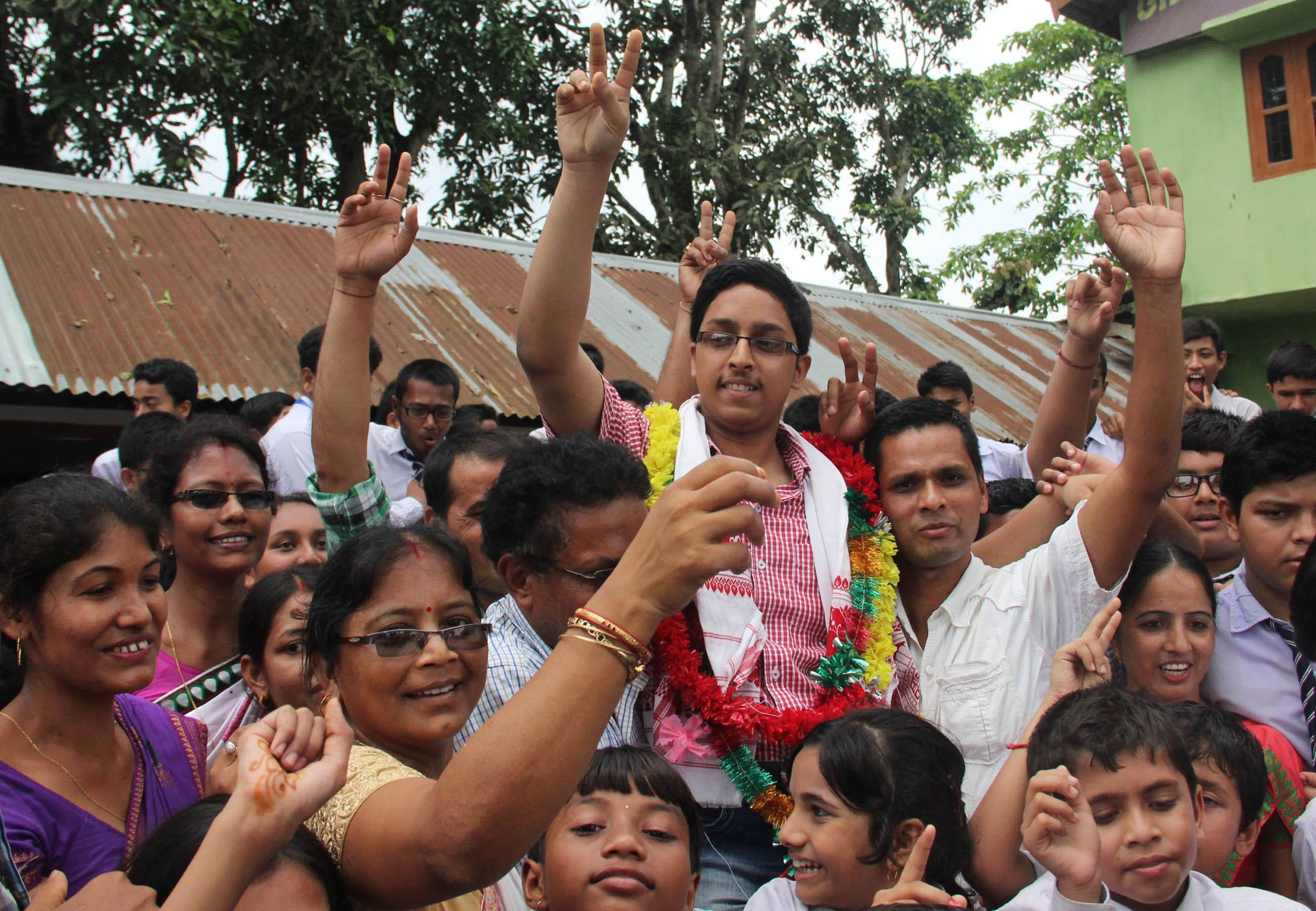 The HSLC result was on the expected line of Ripunjoy Kalita. The son of Anil Kalita and Aloka Kalita in Pathsala looked calm when Assam Times news crew approached him hours after he was announced HSLC topper on Tuesday.

Talking to Assam Times on the secret of success, the HSLC topper said that its was his hardwork and perseverance that fetched him the top position in the HSLC examination conducted by the state secondary examination board.

“I took help of private tuition in two subjects. My teachers and tutors help me clear some confusion. I regularly studied other subjects to score good marks,” said Ripunjay.

On being asked whether he had maintained a strict time schedule, a polite Ripunjoy said,”No, I had hardly any time table for studies. I did all these whenever I wanted.” He thanked his parents and teachers for his success in the examinations.

Ripunjay topped the examination scoring 587 marks from the Gilbert English Medium School in Pathsala which is celebrating its silver jubilee.

7 Jan 2012 - 3:48pm | editor
The United Liberation Front of Asom on Friday has backed Assam Chief Minister Tarun Gogoi’s son Gaurav Gogoi for his efforts to give Assam a fresh lease of life on vital fronts. In an...