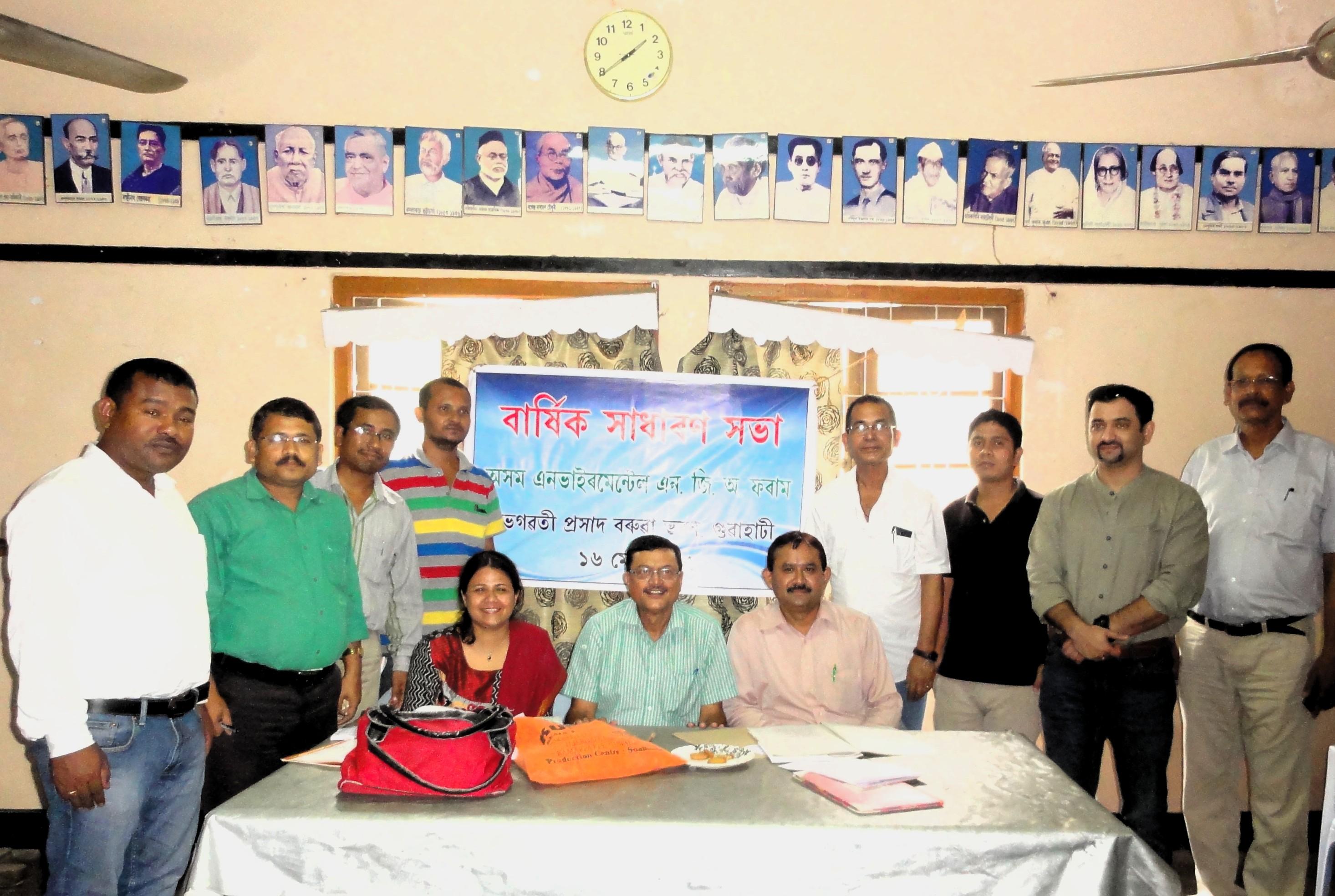 Assam Environmental NGO Forum requests Assam government to take up immediate steps to conserve and protect wetlands and to solve "Man-elephant Conflict" in Assam. The annual session of the forum was held at Bhagawati Prasad Barua Bhawan,Guwahati on May 16. Several environmental NGOs of Assam including -Aranyak,Evergreen Earth,Early Birds,Centre for Conservation,Education and Research, Kaziranga Wildlife Society,Aranya Surakhya Samiti,Green Society etc took part in the session to discuss a few burning environmental issues of the state. Noted Environmental worker Moloy Barua of Early Birds presided over the open session. Mubina Akhtar of Centre for Conservation,Education and Research (also the coordinator of the forum ) read out her annual report before the house.She specially mentioned a few important environmental issues like “Man-elephant Conflict” in Udalguri district villages bordering Bhutan where 56 people and 26 wild elephants have been killed in last three years.Immediate need for rehabilitation of people living in the core area of Dibru Saikhowa National Park at other places was also mentioned in the annual report. The forum in its report thanks “Elephants on the Line” of Udalguri for successfully working in human elephant conflict villages in the district.Forum also appreciated Aranyak for the conservation of river dolphins in Assam.

Udayan Borthakur read out the new constitution of the forum which was later approved in the session. Noted environmental worker of Assam Pranoy Bordoloi while addressing the members,offered to work hand in hand for the conservation of flora and fauna of Assam. It needs mention that Pranoy Bordoloi had been to Mount Everest expedition recently with an Assam expedition team. The session was also addressed by- Gunadhar Konwar, Dr.Bibhab Talukdar, Jayanta Das, Nitul Sibam Nath, Rajesh Dutta Barua etc.

We will end blockade: PM

25 Feb 2017 - 4:03pm | AT News
Prime Minister Narendra Modi promised to end the economic blockades in Manipur if BJP is voted to power. In his poll rally at West Imphal on Saturday, Modi said the BJP government if allowed to...

2 Dec 2017 - 9:07pm | Shajid Khan
The neo Vaishnavism experts on Saturday stressed unity and brother good among the people of all castes and creeds for a wealthy society as they participated at a huge meeting in Udalguri....