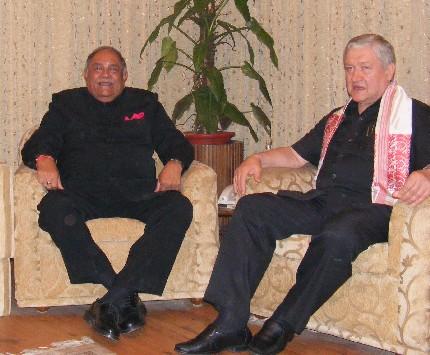 Russia has evinced its keen interest to invest in Assam's oil and gas, tourism, power and infrastructure sectors. This was disclosed by Ambassador Vyacheslav Trubnikov on Sunday while he was meeting Assam Chief Minister Tarun Gogoi in Dispur.

The Russian Ambassador said his country was keen to partner the state and invest in the overall development of the North Eastern states saying the environment in Assam conducive and investor friendly. He said the threat perception in the north eastern region, as made out by some media reports, is some how not correct.
He termed the situation safer than Mumbai adding that under the directive of President Vladimir Putin that they have been rushed to Assam to study the path of development. He further said there will be measures to promote Assam as an attractive tourist destination among the Russians.