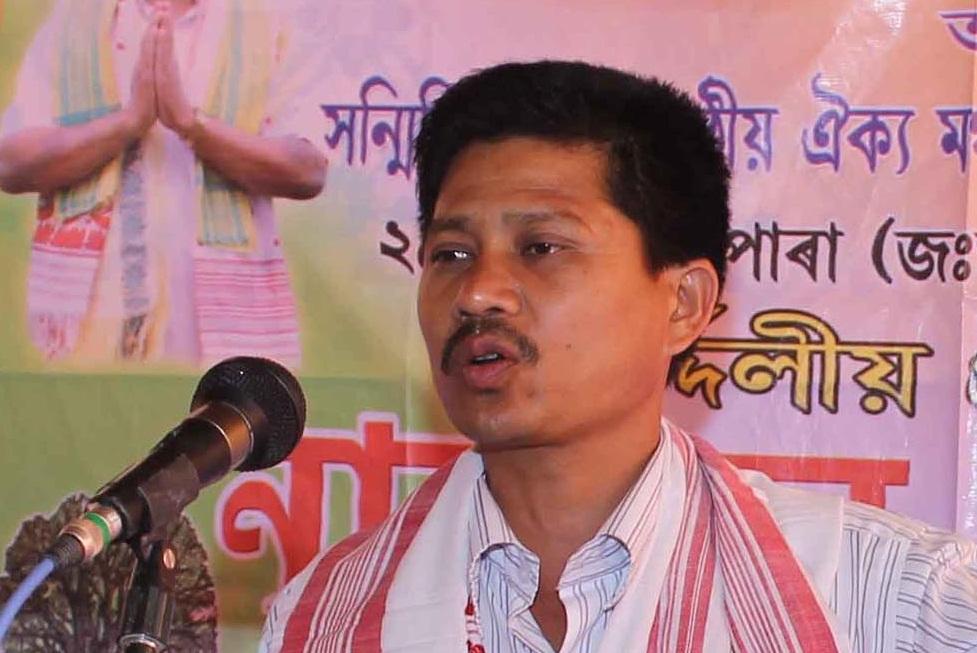 As seven days has left to the scheduled April 8 BTC election, various parties and organisations are organising strong campaign for their candidates to contest the election. Promod Boro, president of ABSU took part election campaign meeting today at Banargaon, Patgaon, Aflagaon in support of PCDR candidate Rabiram Narzary, Serfanguri for PCDR candidate for Dormans Jatirindra Brahma and Gendrabil for Baokhungri constituency Gorjan Mushahary. Boro said that PCDR has been contesting the council election to bring good governance and equal distribution among various communities. He said the ruling BPF has failed while providing safe and security. He said that peoples should take strong step to meet change of society . He said irrespectiveof caste and creed are supporting PCDR candidates in the council and their candiadtes are winning in large seats.He has alleged that BPF had not taken any welafre steps to the council of which why common peoples were deprived from getting development and integration.He has urged common publics to vote for PCDR candidates and held good administration in the region.

Gorjan Mushahary,PCDR candidate for baukhungri constituency said that irrespective of peoples from all walks of life in the constituency coming out to extend support to the PCDR and his winning is cent percent clear.

He has promised of good governance and united society to the masses if he voted to power from the constituency.

21 Sep 2008 - 10:47pm | editor
HTML clipboard By Amit DwivediIndia is gearing up to strengthen tuberculosis (TB) control so as to provide TB prevention, diagnostics and treatment, particularly for multi-drug resistant tuberculosis...

12 May 2017 - 1:04pm | Ranjanjyoti Mahanta
Dhing College of Nagaon District is going to organise five UGC sponsored National Seminars on different topics. The first seminar is being organised by the Department of Zoology on "Wild life...