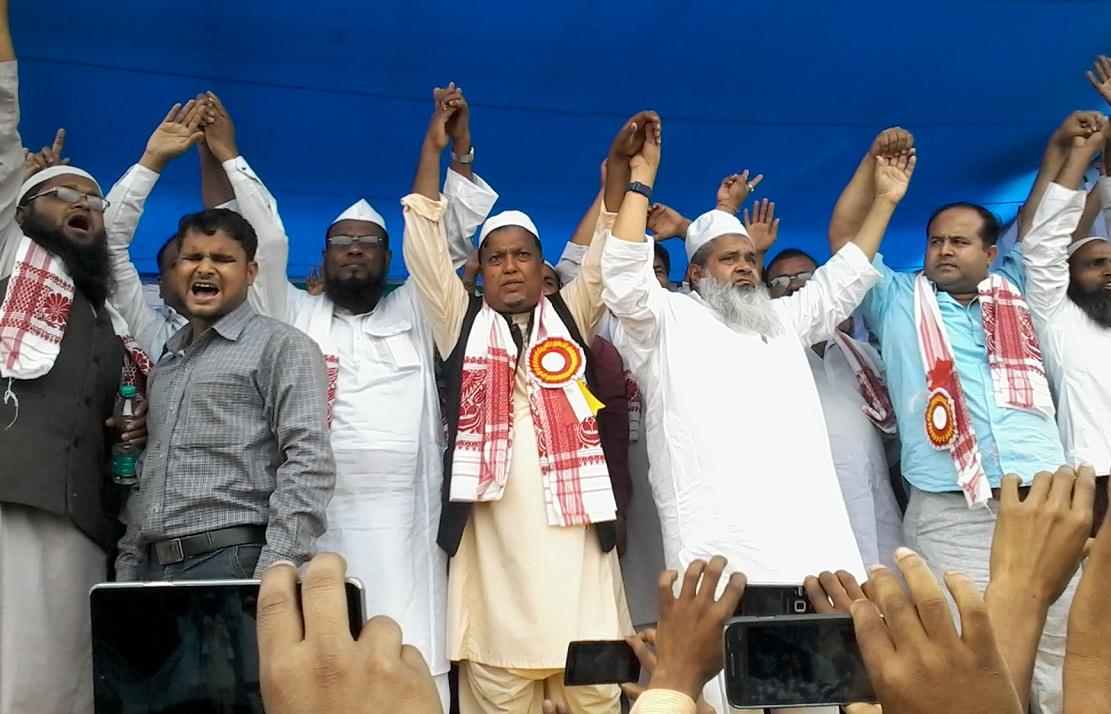 Lok Sabha MP and AIUDF Supremo Maulana Badaruddin Ajmal has predicted that BPF and Congress will be defeated worse,besides BJP too score zero to the scheduled April 8 BTC election.

Ajmal while addressing the election campaign at Fakiragram Magurmari ground for party candidate Abdul Ali Mandal  at Fakiragram(Non ST Reserved) constituency of Kokrajhar district said that ruling BPF party along with Congress party will be defeated worse as voters come forward to the AIUDF and some other parties in the council region.He said that ruling party at centre BJP too score zero percent and his party will gain more supports.

He said that his party has put eight candidates in the 40 member council and expressed his confident that their candidates will score cent percent result to the council and will alliance with like minded parties who will form council after polls.

He said that no any secret understanding was made pre poll with any parties and the AIUDF has been kept open heart as peoples coming out to support AIUDF party.He said that his party stepping to create integration nad united society among various communities in the region and hope that peoples will vote to the party and party candidate is winning the seat in large majority.