Party insiders confirmed Assam Times that the ruling party had to pay heavy price of a micro managed conspiracy to sabotage the party’s polls prospect where Modi magic did not work.

“Immigrant” issue in the vision document for Delhi is another conspiracy which no less sabotaged the party in the run up to the assembly polls.

“It was a conspiracy to derail Kiran Bedi and nothing else. We had to pay heavy price of the vision document gaffe. The doers are obviously those who were dead opposed to the former IPS officer projecting as Chief Ministerial candidate who joined the party only to grab the hot seat,” said a senior party leader.

“Those who prepared the vision document were not so fool to call the north eastern brethrens immigrants. The contents were checked and re checked before these were sent for printing. Then where the lapse took place?,” highly placed sources told Assam Times in New Delhi.

“We don’t understand why no enquiry was instituted to look to the gaffe. What forced the party leaders to keep mum on the serious lapse,” said another BJP leader who was unhappy with the party leadership.

“Prime Minister Narendra Modi and president Amrit Shah should not have gone ahead with Kiran Bedi without the unanimous consent of the party men,” said a party leader who wants not to be named.

“We have reasons to blame Modi and Shah for the party’s stunning defeat even after we had a chance at least to retain our seats,” said the party leaders.

If these scheme of things are allowed to go unchecked same fate awaits the party in the upcoming Bihar assembly polls. 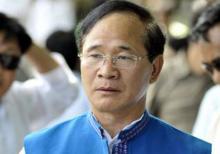 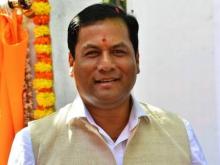 26 Apr 2018 - 7:21am | AT News
GUWAHATI: At least eight BJP, AGP and BPF legislators are taking oath as new colleagues in the Sarbananda Sonowal’s council of ministers on Thursday. From BJP Siddharth Bhattacharjee, Piyush...