Who lynched Syed Farid Khan in Dimapur on Friday wee hours after dragging him out of the central jail? What evidence the mob had against the resident of Karimganj? The picture is not clear.

It was only an allegation by a 25-year-old woman that she was raped. Initially, Syed was alleged to have raped a minor girl. This was absolutely wrong. A 25 year old woman is not a minor.

Now let’s look into the veracity of the allegation. According to police officials who were dealing with the sensational allegation, there was prima facie evidence of rape.

The medical examination is still inconclusive. Then how the mob confirmed the rape by the businessman? That’s a crucial point.

Strange are the ways of the policemen guarding the jail. Why additional forces were not deployed to deal with the mob? How the mob stormed into the jail in full view of eight companies of security forces? How the violent youths managed to overpower these security forces? That’s a serious lapse which chief minister TR Zeliang has admitted. A few miscreants have been picked up with the help of video footage? But will the government ensure exemplary punishment for the miscreants involved in this incident where without sufficient evidence at hand a rape accused was dragged out of the “porous” jail premises to be lynched on the street in Talibani style?

8 Sep 2016 - 2:01pm | AT News
The baritone voice of Dr Bhupen Hazarika has struck the minds of the people again when Assam remembered the music maestro on his 90 birth day across the state on Thursday. Public meetings, music and...

Rahul to campaign on Thursday

24 Mar 2014 - 9:29am | AT News
Its confirm. Rahul Gandhi will be on a visit to Assam on Thursday. During his day long visit, the AICC vice president is scheduled to hold two poll rallies.According to information, Gandhi will... 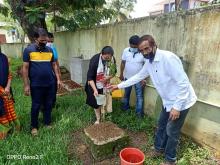 6 Jun 2020 - 10:08pm | Dibya J Borthakur
RAHA:  The whole life support of humans depends solely on environmental factors. Without environment we cannot imagine life on this planet. But today, when there has been a lot of...

Pride of Assam at Stake! BJP writing its own obituary?
Silent Killer: The film that deals with reality
Say No to sexual violence against women
Sonowal gets tougher with insurgents
BJP, AGP bracing up for poll debacle!
Itanagar political drama shifts to New Delhi
Delhi hosts NE Film Fest from Friday
Bihu festivity in Gurgaon
Budgetary hopes for Assam
Off season bihu in Gurgaon