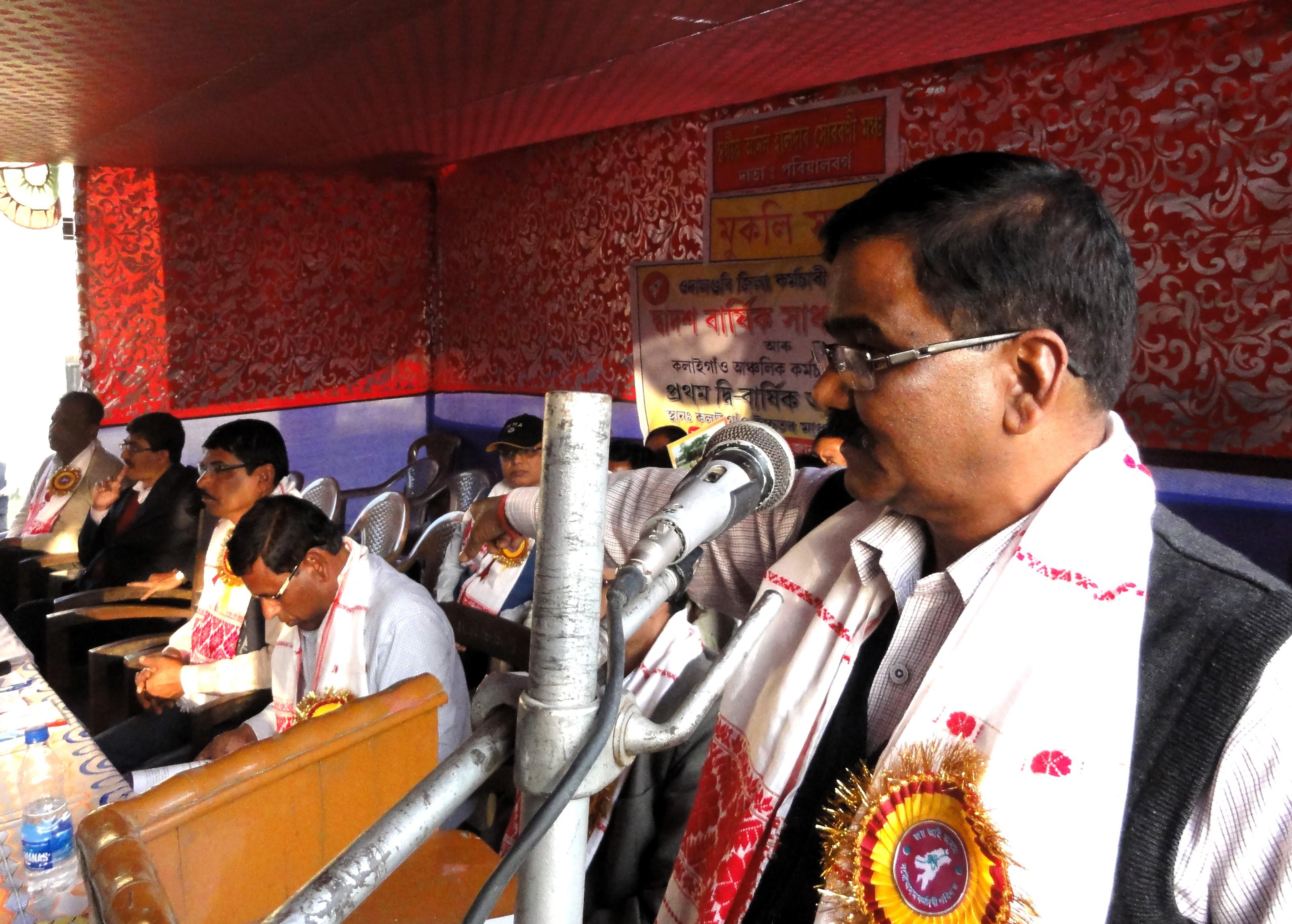 People of Assam had witnessed enough agitations since Assam movement.It's time SAKP take different action plan for implementing its long pending demands.Thus said  Nagen Das,Secretary, Sadou Asom Karmachari Parishad (SAKP ) at Kalaigaon on January 31. He was addressing the concluding day's open session of 12th annual session of Udalguri District SAKP and first bi-annual session of SAKP Kalaigaon anchalik committee. He requested all including media people to expose good works of a few honest official and employees as example to all.

The two day's session was held at Kalaigaon HS School premises on January 30 and 31. Pratap Bhatta hoised SAKP flag on January 30 at 9 am followed by delegate session which was inaugurated at 1 pm by Dandi Kumar Boro. Dilip Kumar Bora,president, Udalguri district SAKP presided over the opening session at 2 pm on the concluding day on January 31. Nabin Chandra Boro,Inspector of Schools,Udalguri inaugurated the souvenir published on the occasion. The souvenir was edited by Rama Kanta Nath and Dibakar Baishya. The open session was also addressed by Kandarpa Deka,vice president and Fakruddin Ahmed,asstt.secretary of SAKP.Dandi Kumar Boro anchored the proceeding of the open session while Pratap Bhatta offered the vote of thanks at the end.

21 Apr 2010 - 12:34pm | editor
Kapil Das, a Guwahati based photo journalist of The Assam Tribune group of publications died today at Chennai. Kapil was suffering from various diseases for few months. He was lately taken to the...

22 Jun 2012 - 11:54pm | editor
National Human Rights Commission has asked Dispur to compensate the next of kin of five persons killed in an encounter with security forces on June 2009 in the state with Rs 25,000. On the basis of...