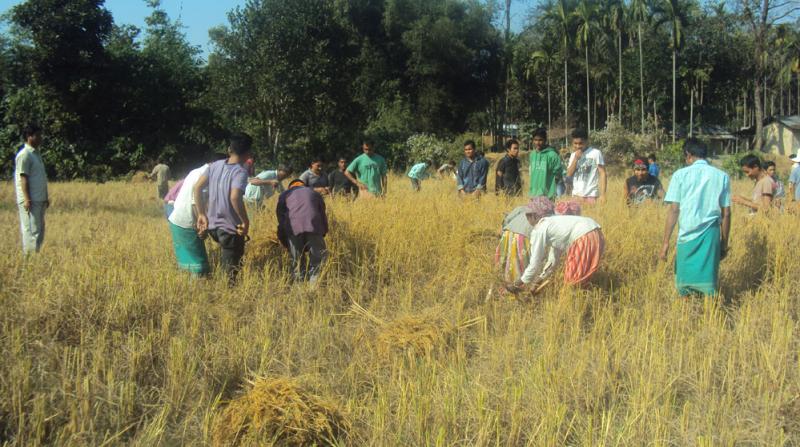 Bloodbath is nothing to do with the age old bonhomie between Bodos and the Adivasis. They are still united to thwart any attempt break the bond in the time of violence where both the Adivasi and Bodos are bearing the brunt.

In bid to retain unity and solidarity innocent Bodo people rushed to a paddy field and helped an Adivasi family harvest paddy in Sukhanjhora village near Fakiragram on Sunday. The Adivasis also came out in large number to join them.

The Adivasi family members told Assam Times that they have no words in their lips to expressing the happiness. They thanks the people. They said that the family members have not been able to harvest their paddy due to recent carnage.

People who thronged the paddy field called it a good message to the people that nobody can divide the common people.