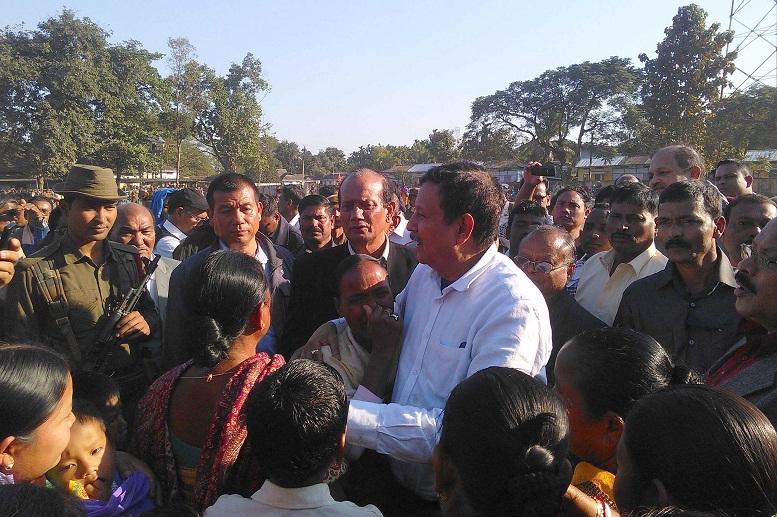 Dr Nazrul Islam said that doctors have been working round the clock in the relief camps. He said that the doctors will carry on mobile health services in relief camps. The ministers instructed all the officials to provide every required possibility to the camp inmates & thereby make process to take back the victims to their respective houses with proper security.

A goodwill mission comprising students and social organisations of both the Adivasis and the Bodos is making efforts to instil confidence in the minds of the the affected people by visiting camps. Notably, over a lakhs people have been taking shelter in 45 relief camps.

28 Dec 2014 - 11:42am | AT News
Apart from a strong social commitment, the poets require a gaze. These hold the key for the successful poets. This is more or less of what the veteran poets said at a session in the Guwahati Lit Fest...