Preparations are on to celebrate the three-day golden jubilee celebration of Raha college , one of the leading college in greater Raha areas from January 27 next.

4 Aug 2010 - 11:11pm | editor
Assam Chief Minister is quite stable after two complicated heart surgeries on Wednesday. Talking to media after th end of 6-hour long surgeries, Dr Ramakanta panda who was leading teh team of... 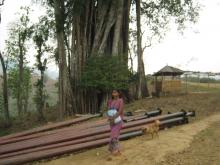 Lampi: torn in between ‘development’ and loyalty

25 Apr 2013 - 2:00pm | Chandan Kumar Duarah
No doubt, it is one of the most beautiful places in the state of Assam, India. Lampi or Langpih—as the Khasi people calls it—is a hamlet cradled in the hilly terrains of Assam bordering Meghalaya,a... 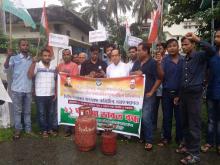