Wave of protests against Swamy

A seismic wave of protest hits the state a day after Dr Subramanima Swamy asked the Bangladeshi immigrants to convert to Hinduism if they want to stay in Assam. Muslim people in large number took to the streets in the various places across the state in protest against the BJP leader’s comment.

Congress, AGP leaders are set to oppose Dr Sawamy in a day or two while the state BJP leaders are also not prepared to react immediately.

“Don’t spear communal tension in Assam. Let us live in peace. Why Dr Swamy is targeting the immigrants whom he wants to be converted to Hinduism, “said a protester who took to the streets in Guwahati on Sunday.

Another protester told Assam Times,” BJP is known for communal politics. Prime Minister Narendra Modi is saying one thing. But a senior party leader was allowed to say differently. We won’t allow these to happen.”

“It would do more harm than good. Immigrants are immigrants ---Hindu or Muslims matter. They must quit India. But Dr Swamy’s formula is quit communal and it hurts our sentiments,” said a protester.

Assam Govt should have

Permalink Submitted by Dilip Banerjee on Sun, 23/11/2014 - 20:38
Assam Govt should have arrested Swamy for creating communal tension and prosecuted according to Law of the Land. The problem is we need a Lalu Prasad, who had the guts to arrest LK Advani in Bihar during his infamous rathyatra.

27 Mar 2011 - 5:10am | Syed Miraz Ahmed
The perplexity involving the crisis associated with the privileges of the different communities which form the indigenous Muslim populace of Assam was broadly discussed Thursday at Natya Mandir,... 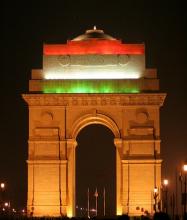