1 Jan 2009 - 8:51pm | editor
Amid a widening crack within the National Democratic Front of Bodoland, the Bodo rebel outfit announced that their general council has sacked Ranjan Damry alias D R Nabla from the outfit.In a... 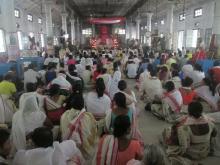