Chief Minister Tarun Gogoi on Friday condemned the racial attacks on the north east youths in New Delhi and Bangalore and seeks stringent action against the perpetrators.

Gogoi tweeted on Friday that the attacks on NE youth outside the region are most despicable and reprehensible. He said that such racial attacks prevent them from coming to the mainstream.The chief minister further called for stern action against such racial attacks.

Gogoi's condemnation comes three days after three north east students sustained injury in racial attacks at Gurgaon and New Delhi. Goons in Bangalore thrashed a Manipur engineering students for not talking to local language. Twenty four hours after it, two Naga youths were beaten up by local youths in Gurgaon and threaned them to leave the area. 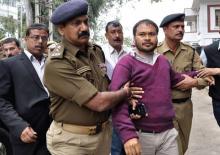 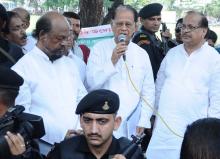 12 May 2015 - 7:49pm | AT News
Chief minister Tarun Gogoi did an Arvind Kejriwal when he led a protest rally in Guwahati alleging centre's policy that would make the state more poor. Gogoi along with several other party...
Follow @Assam Times