SK HASSAN, NAZIRA: Noted social worker in Nazira Phulpahi Hazarika passed away at her own residence in Amulapatty on Saturday evening. She was 88 to be survived by her 3 Sons and two daughters. MLA of Nazira Debobrat Saika, ex .minister Hemoprova saikia, Freelance Journalist Association of Nazira condoled her death and conveyed deep sympathy to the bereaved family. Our Branches are at 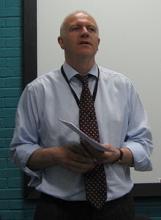 7 Jun 2013 - 5:13pm | Nina Goswami
A former British Foreign Office Minister has called on the Assamese community in the United Kingdom (UK) to help the government in Assam tackle problems faced by the country.While addressing the...

9 Sep 2013 - 8:06pm | Nava Thakuria
Journalists’ Forum Assam (JFA) has welcome the initiative of the Press Council of India (PCI) to send a sub-committee to Guwahati for interaction with local journalists on the issue of safety to...