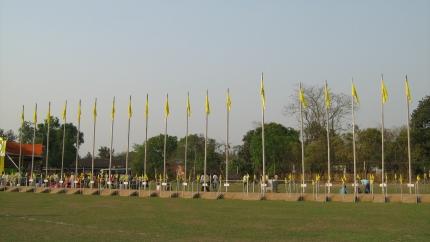 The 40th annual conference of All Bodo Students Union has been concluded at Boko on 16th March. The annual programme was participated by its members from different parts of the country. ABSU was established in the year of 1967 with an aim to highlight the Bodo community around the world. The resolution which was taken during the delegate meeting includes more programmes to be conducted for strengthening quality education in the state. The student organization demanded separate directorate for the Bodo medium and it strongly condemned the killings that took place in last 3 months in the Bodoland Territorial Council (BTC) Area. The delegate's meeting condemned the violence happening in the BTC area for past 3 months and appealed to the authorities to take immediate action and control the violence. It can be mentioned that so far authorities have not been able to find the culprits associated in these killings. The open session was held on 16th March and was presided by its president Rwn Gwra Narzary. It was attended by Upendra Ch Baro, IFS (Retired),Brajendra Kr Brahma, President of Bodo Sahitya Sabha, Surath Narzary , Founder Member of ABSU, Samudra Gupta Kashyap, Special Correspondent of Indian Express, Utzol Ignacious S Chisim, President of Garo Students Union, Bhaskar Dahal, Adviser of All Assam Gorkha Students Union, Anup Medhi from All Assam Students Union, Tonkeswar Rabha, President of All Rabha Students Union along with other guests and speakers. The president of ABSU in his speech mentioned the role of students' organization like ABSU in nation building. He stressed on the importance of quality education and appealed to all people to be aware on good quality education. He was sharing the experience of the grand cycle rally which was organized in the state of Asom for sensitizing people on quality education by ABSU. Speaking on the occasion the president of the Garo Students Union appealed the people to be vigilant else this land will soon turn into 'Banglaland' due to the illegal migrants from Bangladesh.

The cultural program of the evening was inaugurated by Pranab Kalita, Independent MLA of Palashbari Constituency. The annual mouth piece and some other newsletters and magazines were released on the occasion of annual conference. The programme was started on 14th March and ended on 16th March. The conference had made a positive impact for the Bodos of South Kamrup especially in regards to the Bodo language and Bodo medium schools.

Permalink Submitted by Nadia R Ahmed on Tue, 18/03/2008 - 12:03
The good thing about ABSU is that they are realy focussing on quality education which is must for the development in BTC area.

Permalink Submitted by Chitralee Kashyap on Wed, 19/03/2008 - 19:55
ABSU should focus more on education. It is good to learn that they have started Mission quality Education. 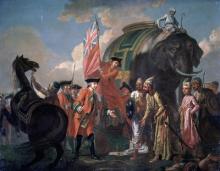 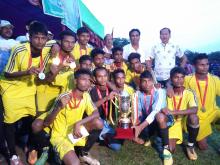 6 May 2016 - 5:54am | Sasanka Talukdar
The organising committee of Saderi Rangali Bihu xanmilani cancelled the program due to bad weather conditions which was scheduled on today 5 may. The event is now rescheduled for 23 may. The cultural...