Students activists and publics were imparted trained awareness from officer and engaged programming from health department.The students union and officers collected samples waters from drain as well loggins in the town.The campaign covered all ten wards of Kokrajhar Municipality Board

BTC executive member Mono Kumar Brahma inaugurated the campaign.He said that the students union is working for the craeting awareness among society on diseases like JE,Dengue and vector borne diseases.He has expressed his hopeful said that this kind of campaign will be benefited to the common publics.

Dr Amal Mushahary, district medical and health officer in Kokrajhar while participating programme disclosed that 73 persons diagnosed and found several positive,of which six peoples death with JE cases and over dozens are taking treatment at various hospitals in the district so far. 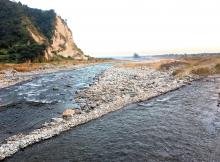 Who will fill up the vacuum

13 Jun 2014 - 8:57pm | AT News
Khagen Mahanta’s sudden is a irrepairable lost on Assam’s cutural front. This was more or less if what a cross section of the people told Assam Times on Friday. Chief Minister Tarun Gogoi, who...