Four persons lost their lives in shocking electrocution in Guwahati when the city was reeling in rainwaters on Friday.

The first shocking death took place in Rajgarh area where an aged person was killed in electrocution.

The second incident was further shocking where two persons died in Dwarokanagar near in the afternoon.

Apart from these three incidents of electrocution, yet another person met watery grave on Friday.

He was believed to have been washed away by the Bharalu river which is flowing dangerously following the incessant rains during the last couple of days. 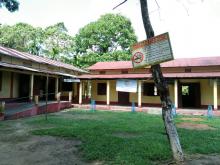 Prep for Gunotsov in Kokrajhar

5 Oct 2017 - 8:36am | AT Kokrajhar Bureau
Preparations are got underway to celebrate the Gunotsov in Kokrajhar, heart of BTAD administration along with other districts in the second phase of the Gunotsov which will begin from October 10...

5 Dec 2017 - 6:21pm | AT News
KOKRAJHAR: Security forces claimed to have captured a dreadedNDFB-S rebel in Baksa district of BTAD on Tuesday. Identified as Ratan Narzary, he was caught in Goreswar as he was travelling on a... 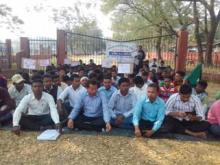