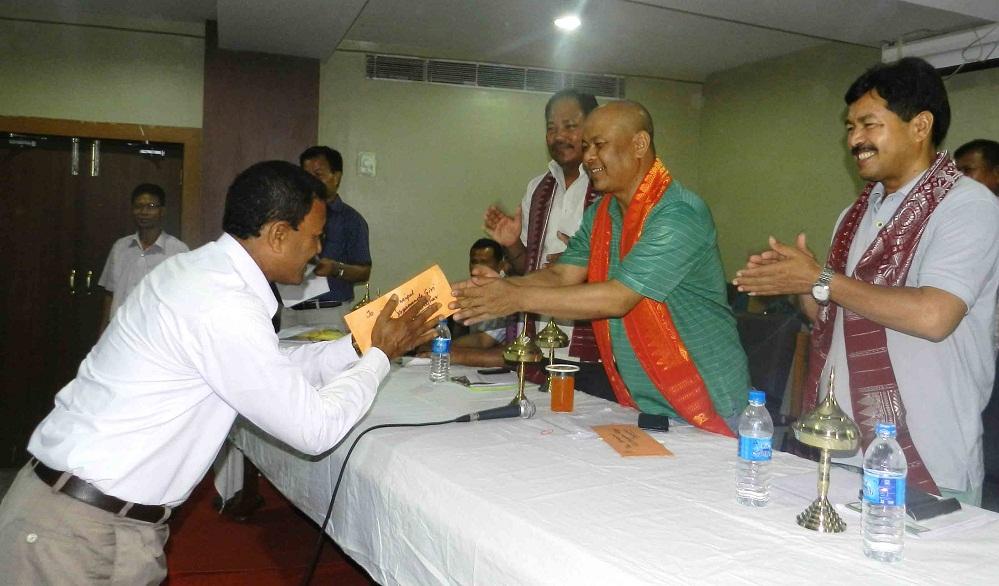 Mohilary urges all professor and non teaching staffs of the colleges while distributing appointments to dedicate their services to the extend cooperations in building human resouces development.He said that council administration is ready to take neccesary steps in fowarding greate developments of school and colleges in the region.

Among others BTC executive member,eductaion directior was also present in the function.

30 Apr 2013 - 9:49am | AT News
Three villagers died and twenty others have been injured when security forces sprang upon a group of people who prevented the PowerGrid authority from erecting a wall in Biswanath chariali on Tuesday...

5 Jul 2010 - 2:03pm | editor
Normal life in Assam is partially affected following the 12 hour countrywide Bharat bandh which has began in the morning. Barring government buses others are remaining off from the state. A section...