Affected families said that around 10 persons armed with sharp weapons vandalized the houses and gutted down of four houses of the two families and warned of the dire consequences as they recently converted religion.

The miscreants torched the houses of Reven Basumatary and Binoy Brahma while the houses of Tani Brahma, Raja Brahma and Sarsing Brahma were vandalized and miscreants also looted property and domestic animals, they alleged.

An FIR has been lodged with Kokrajhar police station against incident.

Police said that strict measures have been taken to prevent unwanted incident in the area and a person was arrested in connection with the incident.

24 Jan 2014 - 1:53pm | AT News
In yet another sensational murder that rocked Guwahati, a trucker killed a youth before being picked up by police on Thursday.The incident took place on Thursday night when a trucker had an... 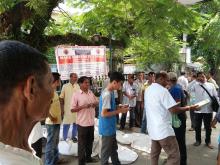 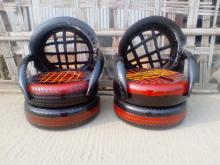